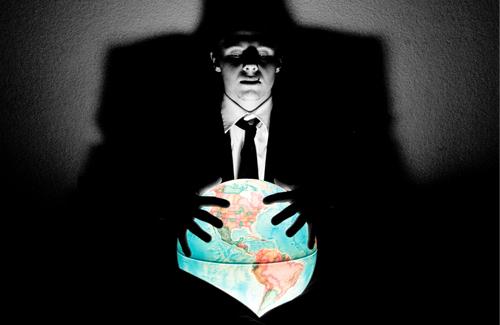 In part two of our feature on Goldman Sachs, we look at Goldman’s networks of power in Europe and consider the ways in which Goldman is using the same dangerous financial products, which caused the 2007 crisis, to bet against Europe’s floundering economies whilst governing, or advising those countries. Finally, we ask what can be done to reduce Goldman’s power.

Missed The First Part Of Our Story? Read: Into The Belly Of The Beast (Part I - How Goldman Sachs Became The Most Hated Bank On Earth)

The secret of Goldman Sachs’ power over the global financial system can be summed up in one word: Alumni. In his book, 13 Bankers, the former International Monetary Fund economist Simon Johnson argued that the relationship between Goldman Sachs and the US Government was so close in the run-up to the 2007 crisis, that the country was effectively “an oligarchy”.

Although European nations are not bought off by the banks in the same way as in the US, Johnson says that European financiers and politicians have formed alliances to perpetuate their mutual interests. Often, today’s European politicians have backgrounds in the financial sector, and more often than not connections to Goldman Sachs. The new prime ministers of Greece and Italy, for example, as well as the president of the European Central Bank, are all former investment bankers.

“The bankers’ mindset is determined by their time on Wall Street so they don’t see the full range of options open to governments. They cannot envisage a world in which the banks are not vital to society and the economy. They are entrusted with policy because governments believe that to understand these giant and complex institutions, you have to have lived within the belly of the beast.”

The Bush administration, for instance, was dominated by Goldman graduates. The most powerful of them was the treasury secretary, Henry Paulson, a former Goldman CEO who became the architect of the bailout in his role. Paulson did nothing to hide his close relationship with his former employees despite blatant conflicts of interest. He even admitted to wanting to bring Wall Street and market regulators closer together so they were “seeing the same issues, the same problems and working toward the same solutions”.

During the week of the bailout, according to the New York Times, Paulson spoke with the Goldman Sachs’ CEO, Lloyd Blankfein, 24 times. Thanks to his indoctrination with Goldman’s values, Paulson believed that what was good for the bank was good for the country.

As a result, Paulson’s bailout package greatly benefited his former paymasters and friends at Goldman Sachs. First, he elected not to save rival bank Lehman Brothers from collapse; second, he gave Goldman bailout money from the US government despite it coming out of the crisis better than any other bank; third, Paulson organized a massive rescue of AIG Group; all while in constant telephone contact with Goldman CEO Blankfein. AIG ultimately ended up using US$12.9 billion in taxpayers’ money to pay off all its debts to Goldman.

“Saving AIG is the perfect example of a naked conflict of interest,” said former bank regulator William K. Black. “Blankfein was invited to the meeting to determine AIG’s fate and asked for his views. But the Goldman CEO should never have been allowed in the room, much less listened to. He’s obviously going to say, yes, we really want the taxpayers to be on the hook for more money.”

Other Goldman alumni also did well in the bailout. Robert Rubin, Bill Clinton’s former Treasury secretary, spent 26 years at Goldman before becoming chairman of Citigroup — which received a US$300 billion bailout from Paulson. And John Thain, the chief of Merrill Lynch and a former Goldman banker, also earned a multi-billion-dollar handout when Paulson used public money to fund Bank of America’s rescue.

The democrat Barack Obama came to power with the pledge to “hold the big banks accountable”, but then he hired a team of Goldman-ites, and other former Wall Street bankers to help him run the economy. Conflicts of interest were especially apparent with Obama’s appointment of Larry Summers as National Economic Council chairman in 2009. Summers earned US$2.8 million in speaking fees from many of the major financial institutions including US$135,000 for a single speech to Goldman Sachs in 2008.

“It’s hard to understand the Democrat reasoning,” said William K. Black. “They had two choices – number one, blame the crisis on the people who caused it - my political opponents; or number two, make the crisis mine by taking the leading architects and making them my officials. They’ve just completely screwed up the world, but I will choose number two! Obama’s policy-making will go down in the history of political science.”

Professor Stefano Harney, an expert in corporate governance, at Queen Mary University of London, believes that Obama’s craven capitulation to the banks’ power can partly be explained by fear.

Related: Goldman Fine - Thanks to You, SEC and President Obama !!!

Related: Does Wall Street Own Obama?

“Government blindness to the iniquities of banks is partly because they are scared of them,” he said. “They are desperate to maintain their own credit ratings and afraid to have debts and deficits too clearly hedged, or marginalised by banks.”

“Government leaders also believe more in the banks as a force for good than the bankers themselves. Obama certainly believes the US needs a strong banking sector and it’s the same with the British PM David Cameron, his chancellor George Osborne and deputy PM Nick Clegg. This British trio all come from banking families so that’s the fraction of capital they are most familiar with.”

See also: Into The Belly Of The Beast (Part I - How Goldman Sachs Became The Most Hated Bank On Earth)See also: Capitalism’s Pallbearers: The Companies That Run, & Could Destroy, The Global Economy