Inequality Has Exposed The ‘American Dream’ As A Myth: Joseph Stiglitz 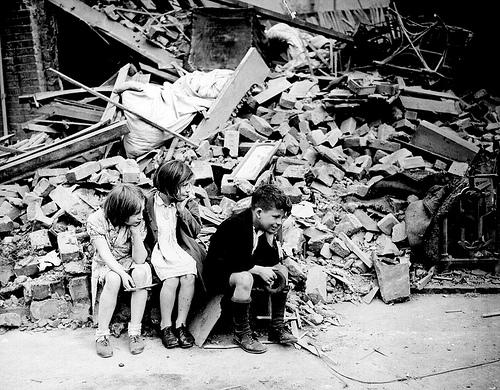 Growing inequality in the U.S. is not only killing the economy, but it threatens to undermine the nation’s values and identity. America today can no longer regard itself as the land of opportunity that it once was, with equality of opportunity less evident than in Europe.

NEW YORK – America likes to think of itself as a land of opportunity, and others view it in much the same light. But, while we can all think of examples of Americans who rose to the top on their own, what really matters are the statistics: to what extent do an individual’s life chances depend on the income and education of his or her parents?

Nowadays, these numbers show that the American dream is a myth. There is less equality of opportunity in the United States today than there is in Europe – or, indeed, in any advanced industrial country for which there are data.

This is one of the reasons that America has the highest level of inequality of any of the advanced countries – and its gap with the rest has been widening. In the “recovery” of 2009-2010, the top 1 percent of US income earners captured 93 percent of the income growth. Other inequality indicators – like wealth, health, and life expectancy – are as bad or even worse. The clear trend is one of concentration of income and wealth at the top, the hollowing out of the middle, and increasing poverty at the bottom.

It would be one thing if the high incomes of those at the top were the result of greater contributions to society, but the Great Recession showed otherwise: even bankers who had led the global economy, as well as their own firms, to the brink of ruin, received outsize bonuses.

Related: Can Consumers & Taxpayers Be Saved From The Bonus-Crazed Financial Sector?

A closer look at those at the top reveals a disproportionate role for rent-seeking: some have obtained their wealth by exercising monopoly power; others are CEOs who have taken advantage of deficiencies in corporate governance to extract for themselves an excessive share of corporate earnings; and still others have used political connections to benefit from government munificence – either excessively high prices for what the government buys (drugs), or excessively low prices for what the government sells (mineral rights).

Likewise, part of the wealth of those in finance comes from exploiting the poor, through predatory lending and abusive credit-card practices. Those at the top, in such cases, are enriched at the direct expense of those at the bottom.

It might not be so bad if there were even a grain of truth to trickle-down economics – the quaint notion that everyone benefits from enriching those at the top. But most Americans today are worse off – with lower real (inflation-adjusted) incomes – than they were in 1997, a decade and a half ago. All of the benefits of growth have gone to the top.

Defenders of America’s inequality argue that the poor and those in the middle shouldn’t complain. While they may be getting a smaller share of the pie than they did in the past, the pie is growing so much, thanks to the contributions of the rich and superrich, that the size of their slice is actually larger. The evidence, again, flatly contradicts this. Indeed, America grew far faster in the decades after World War II, when it was growing together, than it has since 1980, when it began growing apart.

This shouldn’t come as a surprise, once one understands the sources of inequality. Rent-seeking distorts the economy. Market forces, of course, play a role, too, but markets are shaped by politics; and, in America, with its quasi-corrupt system of campaign finance and its revolving doors between government and industry, politics is shaped by money.

For example, a bankruptcy law that privileges derivatives over all else, but does not allow the discharge of student debt, no matter how inadequate the education provided, enriches bankers and impoverishes many at the bottom. In a country where money trumps democracy, such legislation has become predictably frequent.

But growing inequality is not inevitable. There are market economies that are doing better, both in terms of both GDP growth and rising living standards for most citizens. Some are even reducing inequalities.

America is paying a high price for continuing in the opposite direction. Inequality leads to lower growth and less efficiency. Lack of opportunity means that its most valuable asset – its people – is not being fully used. Many at the bottom, or even in the middle, are not living up to their potential, because the rich, needing few public services and worried that a strong government might redistribute income, use their political influence to cut taxes and curtail government spending. This leads to underinvestment in infrastructure, education, and technology, impeding the engines of growth.

The Great Recession has exacerbated inequality, with cutbacks in basic social expenditures and with high unemployment putting downward pressure on wages. Moreover, the United Nations Commission of Experts on Reforms of the International Monetary and Financial System, investigating the causes of the Great Recession, and the International Monetary Fund have both warned that inequality leads to economic instability.

Related: Should We Care About Income Inequality, Now That It Is Killing The Economy?

But, most importantly, America’s inequality is undermining its values and identity. With inequality reaching such extremes, it is not surprising that its effects are manifest in every public decision, from the conduct of monetary policy to budgetary allocations.

America has become a country not “with justice for all,” but rather with favouritism for the rich and justice for those who can afford it – so evident in the foreclosure crisis, in which the big banks believed that they were too big not only to fail, but also to be held accountable.

America can no longer regard itself as the land of opportunity that it once was. But it does not have to be this way: it is not too late for the American dream to be restored.

Joseph Eugene Stiglitz is a professor at Columbia University and the recipient of the Nobel Memorial Prize in Economic Sciences in 2001 and the John Bates Clark Medal in 1979. Stiglitz has authored numerous books including Freefall: America, Free Markets, and the Sinking of the World Economy (2010), Globalisation and its Discontents (2002) and Making Globalisation Work (2006). His latest book is The Price of Inequality: How Today’s Divided Society Endangers our Future. Learn more about Joseph E. Stiglitz and his work at EconomyWatch.com.

See also: Why Inequality Will Only Lead To Our Downfall: Nouriel RoubiniSee also: Inequality In Retrospective – The Hidden Effects Of The Income Gap: Raghuram Rajan