How Will China’s Connectivity Revolution Transform The Nation? : Stephen Roach 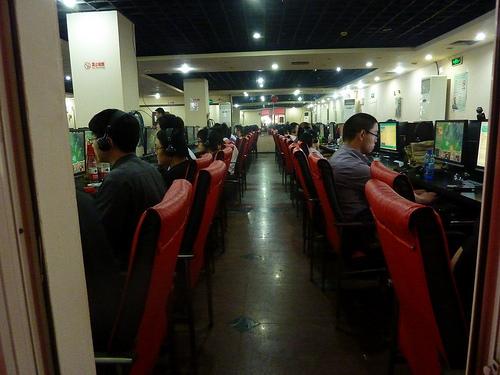 The pace of China’s Internet revolution has been breathtaking. Since 2006, the number of Internet users in China has more than tripled to 485 million, while the cost of connectivity is also expected to fall sharply as China’s Internet penetration rate continues to grow. But while it is always easy to get carried away with the numbers, the real change in China concerns the implications of connectivity, and not just its scale.

NEW HAVEN – Long the most fragmented nation on earth, China is being brought together like never before by a new connectivity. Its Internet community is expanding at hyper speed, with profound implications for the Chinese economy, to say nothing of the country’s social norms and political system. This genie cannot be stuffed back in the bottle. Once connected, there is no turning back.

The pace of transformation is breathtaking. According to Internet World Stats, the number of Internet users in China has more than tripled since 2006, soaring to 485 million in mid-2011 – more than three times that in 2006. Moreover, China’s rush to connectivity is far from over. As of mid-2011, only 36 percent of its 1.3 billion people were connected – far short of the nearly 80 percent penetration rates seen in South Korea, Japan, and the United States.

Indeed, with the cost of connectivity falling sharply – China’s mobile users are expected to surpass PC users by 2013 – and, with urbanization and per capita incomes also rising sharply, it is not unreasonable to expect China’s Internet penetration rate to cross the 50 percent threshold by 2015. That would be the functional equivalent of adding about three-fourths of all existing Internet users in the US.

Related: Does the Internet Grow GDP?

Related: Interactive Infographic: The State of the Internet Today

Nor are the Chinese casual and infrequent Internet users. Consistent with what the social-network theorist Clay Shirky has dubbed a society’s penchant for unlocking the “cognitive surplus” embedded in net-based activities, survey data from the China Internet Network Information Centre suggest that Chinese netizens log an average of 2.6 hours per day online – a full hour longer than the average 15-49-year-old Chinese citizen spends watching television.

China’s microblogs, or social networks, where usage tends be most intense, were estimated to have approximately 270 million users as of late 2011. And there is plenty of upside. Worldwide, about 70 percent of all Internet users currently engage in some form of microblogging, which is the fastest-growing segment of the Internet. In China, this share is just 55 percent.

When it comes to analyzing China, it is always easy to get carried away with numbers – especially those driven by the country’s sheer size. But the real message here concerns the implications of connectivity, not just its scale.

A key implication is the Internet’s potential to play a significant role in the emergence of China’s consumer society – a critical structural imperative for a long-unbalanced Chinese economy. With connectivity comes a national awareness of spending habits, tastes, and brands – essential characteristics of any consumer culture.

The consumption share of China’s economy, at less than 35 percent of GDP, is the lowest of any major country. Surging Chinese Internet usage could well facilitate the pro-consumption initiatives of the recently enacted 12th Five-Year Plan.

Related: China 5-Year Plan: All Prosperity to the People !!!

The Internet could also enable freer and more open communications, upward mobility, transparent and rapid dissemination of information, and, yes, individuality. China’s leadership has been increasingly vocal in raising concerns about growing inequalities that might otherwise hinder the development of what they call a more “harmonious society.” Online connectivity could be a powerful means to help China come together and achieve this goal.

Finally, there is the Internet’s potential as an instrument of political change. That is hardly an inconsequential consideration for any country in the aftermath of last year’s Arab Spring, which was facilitated in many countries (especially Tunisia and Egypt) by network-enabled mobilization.

While reform of China’s single-party state has always been viewed as an important objective in modern China – from the so-called Fifth Modernization of Wei Jinsheng in the late 1970’s to recent speeches by Premier Wen Jiabao – meaningful progress has been limited. Is this likely to change as China embraces the Internet?

China is no exception in requiring leadership, accountability, and responsiveness as conditions of political stability. Its rapidly expanding Internet community has repeatedly raised national awareness of tough local issues. This was especially evident in the aftermath of the Sichuan earthquake of 2008, ethnic violence in Xinjiang in 2009, and the high-speed rail crash in Wenzhou in 2011.

As the Arab Spring demonstrated, the Internet can quickly transform local incidents into national flashpoints – turning the new connectivity into a potential source of political instability and turmoil. But that has been the case only in countries ruled by highly unpopular autocratic regimes.

By contrast, China’s leadership is viewed with a much greater degree of public sympathy. Their quick and direct response to the recent incidents in Sichuan, Xinjiang, and Wenzhou are important cases in point. Senior Party leaders – especially Premier Wen – were quick to lead an empathetic national response that was largely effective in countering the outpouring of concern expressed on the Internet.

None of this is to deny the dark side of the Chinese Internet explosion – namely, widespread censorship and constraints on individual freedom of expression. China’s “SkyNet” team (rumored to be greater than 30,000) is the largest cyber police force in the world.

Moreover, while China is not alone in censoring the Internet, self-policing by many of the nation’s largest portals amplifies official oversight and surveillance. Recent restrictions on microbloggers – especially denial of access to those who use untraceable aliases – have heightened concerns over Chinese Internet freedom. Such restrictions, of course, cut both ways – potentially limiting personal expression, but also constraining disguised and reckless vigilante attacks.

Filtered or not, a long-fragmented China now has a viable and rapidly expanding network. The power of that network – especially insofar as economic, social, and political change is concerned – is hard to predict. But connectivity adds a new dimension of cohesion to modern China. That can only accelerate the speed of its extraordinary development journey.