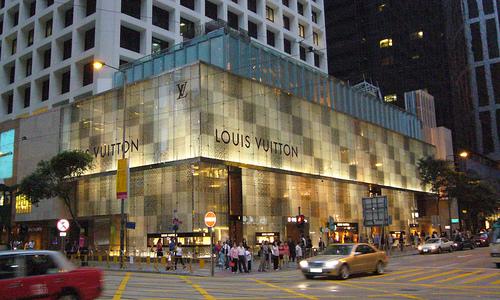 They earn, they invest and they splurge. Only that they do so more ostentatiously and extravagantly. They are the ultra high net worth individuals, or more conventionally – and civilly – known as the millionaires.

They may have disappeared from the spotlight at the onset of the economic downturn, but this year, they are slowly but surely returning to the malls, showrooms, exclusive hotels and exotic vacations, and they are wielding their credit cards once again.

For nearly two years, households clamped down through the economic slump, exercising utmost restraint and discernment in their purchases.

However, that is all changing in 2011. As the United States emerges from one of its worst economic dry spells in history, a study by American Express and Harrison Group shows that global spending on luxury goods is set to increase by nearly 8 per cent to US$359 billion in 2011.

According to Jim Taylor, vice-chairman of luxury brand consultancy Harrison Group, “personal embracement of luxury is now back to pre-recession 2007 levels. We’re seeing that in cars, private jet usage, and finally, in high-end real estate. There is a real change in the way people feel about money. They’re making purchases they put off during the recession.”

Over at the UK, Stonehage reports that high rental prices in London’s Kensington and Chelsea areas edged up inflation by 5.7 per cent in the housing and family category, which includes private education at the prestigious and exclusive Westminster School, a full-time housekeeper from Sloane Square’s domestic helper provider Beauchamp, roses from Amanda Austin Flowers, and botox treatments.

One of the fastest growing economy, China, is also poised to become the biggest luxury consumer market by the year 2020.

For a luxury scene that did not exist until 30 years ago, China has indeed come a long way and is now on a seemingly unstoppable path to dominate top end retail.

Louis Vuitton, consistently rated as Asia’s favourite brand, entered the Chinese market in 1992 and has been profitable since its very first year of operations, posting annual growth rates of almost 50 per cent.

Yet, as luxury continues to grow exponentially in China, a new trend is emerging in the high-end retail market.

According to industry experts, Chinese luxury goods buyers are seeking out brands, established or otherwise homegrown, that have a distinctly Chinese element in their designs. Shanghai Tang, part of the Richemont Group, and local jewelry brand Qeelin are amongst the brands that are quickly gaining popularity with the Chinese buyers.

“This part of the world is becoming the center of the economic strength of the world,” said Shanghai Tang’s executive chairman Raphael le Masne de Chermont, “why on earth should it keep on absorbing creations from the West and not invent its own?”

The growth of luxury sales in China has been getting the most attention lately, but significant growth rates have also been recorded in emerging markets such as Russia, Brazil and the Middle East.

Bain & Company predicts in the “Spring 2011 Update: Luxury Goods Worldwide Market Study” that the growth of emerging markets will remain the key focus of luxury brands for the next two to three years. Growing wealth in these countries are set to fuel both store sales and new store openings.

Affluent shoppers are now increasingly conscious of their purchases, a sign of conscience perhaps, knowing that many were badly burnt and scathed by the financial crisis, the Wall Street Journal reports.

This is hardly surprising, given the polarizing spending patterns of the rich.

According to a research paper by US economists Jonathan A. Parker and Annette Vissing-Jorgensen, the consumption of the top 5 per cent is more than two and a half times as volatile as the spending of all American households. The research suggests that highly cyclical incomes of the wealthy may be a reason for this erratic spending pattern.

With global consumer confidence slowly picking up, expect luxury sales to be more forthcoming in the months ahead.