How Shale May Change The Future Of Geopolitics: Robert D. Kaplan 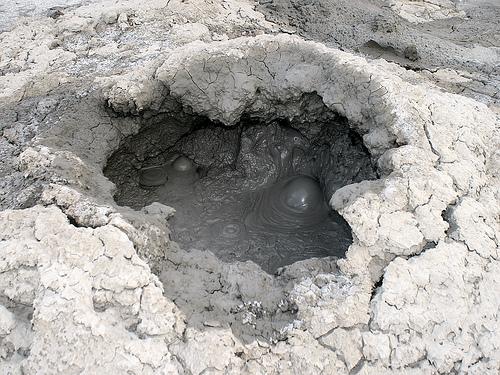 The coming of shale gas will magnify the importance of geography. Countries that have considerable shale deposits will be better placed in the 21st century competition between states, and those without such deposits will be worse off – marking a new determinant in international power relations.

According to the elite newspapers and journals of opinion, the future of foreign affairs mainly rests on ideas: the moral impetus for humanitarian intervention, the various theories governing exchange rates and debt rebalancing necessary to fix Europe, the rise of cosmopolitanism alongside the stubborn vibrancy of nationalism in East Asia and so on. In other words, the world of the future can be engineered and defined based on doctoral theses. And to a certain extent this may be true. As the 20th century showed us, ideologies – whether communism, fascism or humanism – matter and matter greatly.

But there is another truth: The reality of large, impersonal forces like geography and the environment that also help to determine the future of human events. Africa has historically been poor largely because of few good natural harbours and few navigable rivers from the interior to the coast. Russia is paranoid because its land mass is exposed to invasion with few natural barriers. The Persian Gulf sheikhdoms are fabulously wealthy not because of ideas but because of large energy deposits underground. You get the point. Intellectuals concentrate on what they can change, but we are helpless to change much of what happens.

Enter shale, a sedimentary rock within which natural gas can be trapped.

Shale gas constitutes a new source of extractable energy for the post-industrial world. Countries that have considerable shale deposits will be better placed in the 21st century competition between states, and those without such deposits will be worse off. Ideas will matter little in this regard.

Stratfor, as it happens, has studied the issue in depth. Herein is my own analysis, influenced in part by Stratfor's research.

So let's look at who has shale and how that may change geopolitics. For the future will be heavily influenced by what lies underground.

The United States, it turns out, has vast deposits of shale gas: in Texas, Louisiana, North Dakota, Pennsylvania, Ohio, New York and elsewhere. America, regardless of many of the political choices it makes, is poised to be an energy giant of the 21st century. In particular, the Gulf Coast, centred on Texas and Louisiana, has embarked upon a shale gas and tight oil boom. That development will make the Caribbean an economic focal point of the Western Hemisphere, encouraged further by the 2014 widening of the Panama Canal. At the same time, cooperation between Texas and adjacent Mexico will intensify, as Mexico increasingly becomes a market for shale gas, with its own exploited shale basins near its northern border.

This is, in part, troubling news for Russia. Russia is currently the energy giant of Europe, exporting natural gas westward in great quantities, providing Moscow with political leverage all over Central and particularly Eastern Europe. However, Russia's reserves are often in parts of Siberia that are hard and expensive to exploit – though Russia's extraction technology, once old, has been considerably modernized. And Russia for the moment may face relatively little competition in Europe. But what if in the future the United States were able to export shale gas to Europe at a competitive price?

The United States still has few capabilities to export shale gas to Europe. It would have to build new liquefaction facilities to do that; in other words, it would have to erect plants on the Gulf of Mexico that convert the gas into liquid so that it could be transported by ship across the Atlantic, where re-gasification facilities there would reconvert it back into gas. This is doable with capital investment, expertise and favourable legislation. Countries that build such facilities will have more energy options, to export or import, whatever the case may be. So imagine a future in which the United States exports liquefied shale gas to Europe, reducing the dependence that European countries have on Russian energy. The geopolitics of Europe could shift somewhat. Natural gas might become less of a political tool for Russia and more of a purely economic one (though even such a not-so-subtle shift would require significant exports of shale gas from North America to Europe).

Less dependence on Russia would allow the vision of a truly independent, culturally vibrant Central and Eastern Europe to fully prosper – an ideal of the region's intellectuals for centuries, even as ideas in this case would have little to do with it.

Poland, The U.S. & The Middle East

This might especially be relevant to Poland. For Poland may have significant deposits of shale gas. Were Polish shale deposits to prove the largest in Europe (a very big "if"), Poland could become more of an energy producer in its own right, turning this flat country with no natural defences to the east and west – annihilated by both Germany and the Soviet Union in the 20th century – into a pivot state or midlevel power in the 21st.

The United States, in turn, somewhat liberated from Middle East oil because of its own energy sources (including natural gas finds), could focus on building up Poland as a friendly power, even as it loses substantial interest in Saudi Arabia. To be sure, the immense deposits of oil and natural gas in the Arabian Peninsula, Iraq and Iran will keep the Middle East a major energy exporter for decades. But the shale gas revolution will complicate the world's hydrocarbon supply and allocation, so that the Middle East may lose some of its primacy.

It turns out that Australia also has large new natural gas deposits that, with liquefaction facilities, could turn it into a principal energy exporter to East Asia, assuming Australia significantly lowers its cost of production (which may prove very hard to do). Because Australia is already starting to emerge as the most dependable military ally of the United States in the Anglosphere, the alliance of these two great energy producers of the future could further cement Western influence in Asia.

The United States and Australia would divide up the world: after a fashion, of course. Indeed, if unconventional natural gas exploitation has anything to do with it, the so-called post-American world would be anything but.

Canada & The U.S. – The Energy Ties That Bind

The geopolitical emergence of Canada – again, the result of natural gas and oil – could amplify this trend. Canada has immense natural gas deposits in Alberta, which could possibly be transported by future pipelines to British Columbia, where, with liquefaction facilities, it could then be exported to East Asia. Meanwhile, eastern Canada could be the beneficiary of new shale gas deposits that reach across the border into the northeastern United States. Thus, new energy discoveries would bind the two North American countries closer, even as North America and Australia become more powerful on the world scene.

China also has significant deposits of shale gas in its interior provinces. Because Beijing is burdened by relatively few regulations, the regime could acquire the land and build the infrastructure necessary for its exploitation. This would ease somewhat China's energy crunch and aid Beijing's strategy to compensate for the decline of its coastal-oriented economic model by spurring development inland.

Related: Shale Gas Discovered In China Could Exceed US Output

The countries that might conceivably suffer on account of a shale gas revolution would be landlocked, politically unstable oil producers such as Chad, Sudan and South Sudan, whose hydrocarbons could become relatively less valuable as these other energy sources come online. China, especially, might in the future lose interest in the energy deposits in such low-end, high-risk countries if shale gas became plentiful in its own interior.

The Geopolitical Future Of Shale

In general, the coming of shale gas will magnify the importance of geography. Which countries have shale underground and which don't will help determine power relationships. And because shale gas can be transported across oceans in liquid form, states with coastlines will have the advantage.

The world will be smaller because of unconventional gas extraction technology, but that only increases the preciousness of geography, rather than decreases it.

Related: Why Shale Gas Will Be The Next Bubble To Burst: Interview With Arthur Berman

Robert D. Kaplan is Chief Geopolitical Analyst for Stratfor, a non-resident senior fellow at the Center for a New American Security in Washington, D.C., and has been a foreign correspondent for The Atlantic for over 25 years. In 2011, Foreign Policy magazine named Kaplan as one of the world's "top 100 global thinkers."

The Geopolitics of Shale is republished with permission of Stratfor.