How New Regulations Are Forcing Hedge Funds To ‘Open Their Kimonos’ 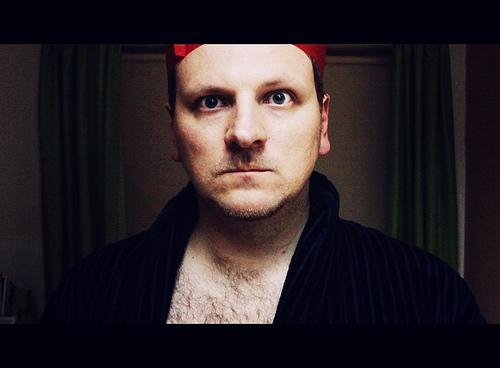 For the first time ever last month, U.S. hedge funds, with assets of more than $5 billion, were forced to complete a 42-page Form PF providing details of methodologies, the sort of assets they hold, the sort of assets they are short-selling and details of their equity investors and borrowings; And while hedge fund managers have complained that trading and strategic secrets may be leaked to rival firms, the new regulations also cast a new light on what was a highly-secretive, and influential, industry.

Hedge funds are so used to operating in a light-touch regulatory environment, where inscrutability and even obfuscation traditionally prevail, that transparency and Securities and Exchange Commission form-filling are anathema.

A spin off from the 2010 Dodd–Frank Act, the new requirement obliges funds to disclose how much they have borrowed from a range of sources, provide a percentage breakdown by investor type, what percentage of their asset base is subjected to high-frequency trading, disclose counterparty credit exposure, and open up about their long and short positions on a range of asset classes including corporate bonds, sovereign bonds, asset-backed securities, various commodities, and credit derivatives.

Related: US Funds Finding Ways to Cash in on Europe’s Crisis

They must also disclose the geographic breakdown of their portfolios, any potential conflicts of interest, and the ease with which investors could cash out.

Funds must even disclose the debt-to-equity ratio of companies in which they are invested:

Question 68: “What is the highest debt-to-equity ratio of any controlled portfolio company in which the reporting fund invests (expressed as a decimal to the tenths place)?”

Handily there is also a ten-page glossary with definitions of terms including “master-feeder arrangement,” “parallel fund structure," and “reverse repo.”

The SEC has decreed that all private investment firms with more than $150 million under management will eventually have to fill in a Form PF. It is only the largest investment firms, with assets under management of $5 billion or more, that must file by August 29. After the initial filing, hedge funds must file quarterly, and private equity funds annually. The SEC estimates that 200 firms were subjected to the August 29 deadline.

According to an article in Bloomberg Businessweek, the hedge funds don't like this one little bit (indeed, it's worth remembering that veteran hedge fund investor George Soros was so unhappy with the new rules that in July 2011 he handed money back to investors and converted his fund group into a “family office”).

It is a chore the funds could do without (which probably explains why Form PF has already spawned a whole subculture of organizations offering to help fund managers complete the the dreaded forms!). It has also given rise to fears about what the regulators—those that will have access to the forms are the SEC, the Commodity Futures Trading Commission, and the Financial Stability Oversight Council—might do with the information. A 2011 incident in which Senator Bernie Sanders leaked data on large funds’ oil speculation is seared in the memory.

Hedgies are also concerned that the mere existence of the Form PF might prompt others, including perhaps their own investors, to become more inquisitive. That could crimp their style and potentially lead to trading and strategic secrets leaking out to rival firms.

The funds are also fretting about what all this enforced transparency might do to their business models. By removing some of the “black boxiness,” the mystique attached to what they do, it could render the traditional “two and 20” charging structure even more unviable. The new reporting requirement could not have come at a worse time for the industry. Research from Goldman Sachs last week showed that only 11 percent of hedge funds outperformed the S&P 500 index in the year to date!

According to the Businessweek article, America's hedgies have reacted to the new disclosure requirements like high-school children given a “a stack of homework ... that's causing an early, cruel end to beach season.” Doug Schwenk, founder of Advise Technologies, a manufacturer of software that helps fund managers to complete Form PF, told Businessweek:

“Every year for many years, August was the month everybody went to the beach. There are a shocking number of people sitting in the office this month, plugging away at their homework.”

The original thinking behind allowing hedge funds and private equity funds — and indeed the entire over-the-counter derivatives market — to operate outside the bounds of normal financial regulation and oversight was that their products were only sold to sophisticated or high net-worth investors. As the Businessweek article said, the prevailing pre-crisis view was: “If a few millionaires want to risk their shirts, let ’em.”

The folly of this laissez-faire approach (which President Bill Clinton said prompted him to sanction derivative market deregulation in 1999) only became apparent after the financial crisis kicked off in 2007. Correlation between different parts of the financial markets was found to be far greater than people like the former Federal Reserve chairman Alan Greenspan and former Treasury secretary Larry Summers had imagined.

Related: Can The Financial Stability Board Live Up To Its Name? :Olin Wethington

It became horribly apparent that faith in uncorrelated markets had been misplaced. Rottenness or ludicrous overvaluation in one corner of the market could easily infect the entire global financial system—and even topple whole economies—at tremendous cost to ordinary citizens and irrespective of who was actually buying the products. So it's probably time the hedgies stopped their complaining and accepted that everyone is going to have to play by new rules.

A cruel end to summer for hedge funds as they’re forced to “open their kimonos” is republished with permission from the QFinance Blog. Get the QFinance Dictionary of Business and Finance iOS app for a comprehensive guide to financial terms and expressions.