How Did Canada Turn Its Debt Crisis Around In 6 Years, 20 Years Ago? 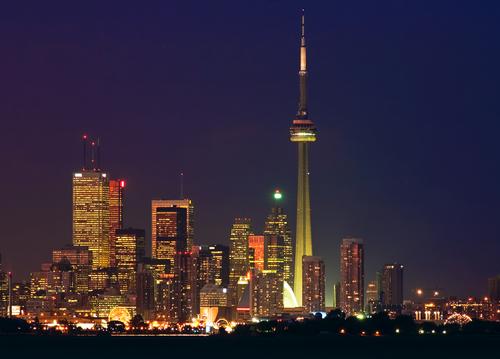 Back in 1992, Standard and Poor’s downgraded Canada’s triple A credit rating to AA+ amid concerns over its fiscal health. But in just six years, the budget was balanced and Canada won its prized AAA rating back within a decade. How did they do it, and what can the United States, Italy, Greece, Portugal, Spain, Hungary and many other indebted nations learn from Canada?

Up till 1975, Canada’s public debt was growing at a rate of 5 percent to 10 percent per annum before it began to explode. In the following 12 years, Canada’s debt grew at more than 20 percent each year.

As Canada ran fiscal deficits nearly every year since the 1960s, Canada was breaking under the weight of high and unsustainable debt. After the Mexican peso crisis in 1994, Canada was seen as the next scoundrel of the global economy. To add insult to injury, the Wall Street Journal in 1994 called Canada an “honorary member of the Third World” as subsequent downgrades and politics threatened to tear the country apart.

But in November 1993, a new Liberal government had been elected with Prime Minister Jean Chretien at the helm. Under his leadership, heavy spending and transfer cuts were accompanied by relatively small increases in corporate and bank capital taxes, as part of the country’s deficit reduction programme.

Most of the fiscal adjustment came on the spending side, with cuts to civil service, wage freezes, transfers of some responsibilities to provinces, and other program reductions. Aided by the slide of Canadian dollar against the U.S. dollar – which boosted Canadian exports – and the general economic boom in the mid to late 90s, the measures worked, returning surpluses to the Canadian budget in the late 90s and returning Canada to AAA status in 2002.

In a recent report, Reuters commented:

Canada's shift from pariah to fiscal darling provides lessons for Washington as lawmakers find few easy answers to the huge U.S. deficit and debt burden, and for European countries staggering under their own massive budget problems.

As we know, the Greece of today is embarrassingly bankrupt. This year, the United States hit its debt ceiling of $14.3 trillion while several other eurozone members are facing similar credit downgrades amid concern over their massive debt obligations.

Canada’s fiscal turnaround is nothing short of commendable. Though the economic climate then is very much unlike today’s turmoil, Canada’s history nevertheless provides crucial lessons, not answers, for the current debt crisis.

Related Story: Remedies for an ailing economy - How to avoid a crisis: Nouriel Roubini

According to Michael Mendelson of the Caldeon Institute of Social Policy, Canada’s experience stands as one of the few examples of a fiscal consolidation that has made a significant and lasting difference. Given its rarity, Canada’s successful experience has been eagerly studied by other countries undertaking or contemplating fiscal consolidation.

In the run-up to the May 2010 election and the UK’s coalition government’s first Budget, Canada’s effort was often raised in discussion on the mechanics of how to go about reversing the growth in UK’s public debt, and more importantly, as an example of how to succeed, said Mendelson.

Rather than just limiting the pace of spending growth, Canada drastically shrank the size of its government  – A move that helped shrink the Canadian debt to 29 percent of its GDP in 2008-09, from a peak of 68 percent in 1995-96, and the budget was in the black for 11 consecutive years until the 2008-09 recession.

Canadian ministers were told how much they had to cut and then told to come back with a plan on how to do it. Cuts ranged from five percent to 65 percent of departmental budgets and included controversial cuts in transfers that help provinces pay for health and education, decisions that lengthened medical waiting lists for years to come.

“Everyone knew they had to face the music, and they did it,” said Chretien, who had by then earned himself the nickname of Dr. No. “There was no great debate. I had made my view very clear.”

In contrast with the United States’ deep political divisions about how to respond to its deficits, Canada’s Liberal government had won broad political support for its tough austerity plan.

Even though it didn’t fit with the government’s ideology, it actually embarked on very serious fiscal tightening. They put together a long-term plan as to how they were going to rebalance the finances of the country and then they delivered and executed on that plan, and I think that’s the message for the United States.

Political cooperation aside, there are also economic reasons why the Canadian model would not work now.

For a large part of it, none of Canada’s economic conditions in 1995 apply today. Unemployment across many economies is high and rising, not falling as it was in Canada in 1995. World trade volumes are falling. Interest rates are already at all time lows, or close to zero. As it is, fiscal and monetary tools have become mere weapons without barrels or bullets.

See also: Remedies For An Ailing Economy - How To Avert A Crisis: Nouriel RoubiniSee also: Diseased and Dangerous – The US and Europe’s Grand Debacle: Joseph Stiglitz