Fiscal Fallacies – How Developed Economies Got Stuck In A Policy Trap: Jeffrey Frankel 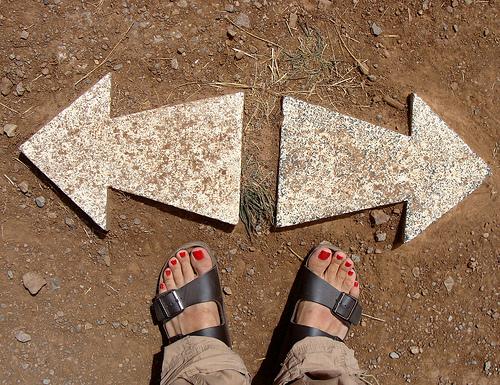 Over the years, politicians in advanced economies have tended to favour fiscal expansion during economic booms and austerity during recessions. But while a pro-cyclical policy is understandable from a political perspective, it also explains why these economies are rarely prepared for a crisis and why they eventually face so much difficulty recovering.

CAMBRIDGE – The world’s advanced economies remain divided over whether to strengthen budget balances in the short term or to use fiscal policy to promote recovery. Those worried about the short-run contractionary effects on the economy call the first option “austerity”; those concerned about long-term sustainability and moral hazard call it “discipline.”

To be sure, Keynesian macroeconomic policy lost its lustre mainly because politicians often failed to time countercyclical fiscal policy – “fine tuning” – properly. Sometimes fiscal stimulus would kick in after the recession was already over. But that is no reason to follow a destabilizing pro-cyclical fiscal policy, which piles spending increases and tax cuts on top of booms, and cuts spending and raises taxes in response to downturns.

Pro-cyclical fiscal policy worsens the dangers of overheating, inflation, and asset bubbles during booms, and exacerbates output and employment losses during recessions, thereby magnifying the swings of the business cycle. Yet many politicians in the United States, the United Kingdom, and the eurozone seem to live by it. They argue against fiscal discipline when the economy is strong, only to become deficit hawks when the economy is weak.

Consider the positions taken over the last three decades by some American politicians.

In his 1980 campaign and again in 1981, a period of recessions, President Ronald Reagan urged immediate action to reduce the national debt.

In 1988, however, as the economy approached the peak of the business cycle, candidate George H.W. Bush was unconcerned about budget deficits, even though the national debt was rapidly approaching three times the level that it had been under Reagan. “Read my lips: no new taxes,” Bush famously declared.

Predictably, Bush and the US Congress finally summoned the political will to raise taxes and rein in spending growth at precisely the wrong moment – in 1990, just as the US was entering a recession. Although the timing of the legislation was poor, the action was courageous: pay-as-you-go (PAYGO) budgeting rules and other reforms deflected government finances back onto a path that eliminated the budget deficit by the end of the decade.

But, three years later – at the start of the most robust recovery in American history – all Republican congressmen voted against President Bill Clinton’s 1993 legislation to maintain Bush’s spending caps, PAYGO, and tax increases. Even after seven years of strong growth, at the peak of the business cycle in 2000, with unemployment at record lows, George W. Bush based his 2000 campaign on a platform of large tax cuts.

After recovery from the 2001 recession had gotten underway, and the inherited budget surpluses had nonetheless turned to record deficits, the Bush administration pushed through a second round of tax cuts in 2003, and maintained a rate of spending growth that was triple the rate under Clinton. As Vice President Richard Cheney put it, “Reagan proved that deficits don’t matter.”

These policies were maintained for another five years, as another $4 trillion was added to the national debt. Predictably, when the worst recession since the Great Depression hit in 2007-2009, politicians were reluctant to launch an adequate fiscal response, owing to the huge deficits and debts that the government had already been running.

Republicans suddenly re-discovered the evil of budget deficits. They opposed Obama’s initial fiscal stimulus in February 2009, and succeeded in blocking further efforts when its effects petered out two years later. In my view, the government spending cutbacks of the last two years are the most important reason why the economic recovery that began in June 2009 subsequently stalled in 2011.

But the pattern is understandable: when the economy is booming, there is no political support for painful spending cuts or tax increases. There is a hole in the roof, but the sun is shining. Then, when the thunderstorms roll in, sinners suddenly get religion and proclaim the necessity of reforming – just when it is most difficult to fix the problem.

Historically, it used to be developing countries whose dysfunctional political systems produced pro-cyclical fiscal policies. Almost all of them showed a positive correlation between government spending and the business cycle from 1960 to 1999.

But things have changed. About a third of emerging-market countries’ governments – including authorities in China, Chile, Malaysia, South Korea, Botswana, and Indonesia – managed to reverse the historical correlation. They took advantage of the 2003-2007 boom to strengthen their budget positions, saving up for a rainy day. They were thus in a good position to use fiscal stimulus when the global recession hit them in 2008-2009.

Jeffrey Frankel is the James W. Harpel Professor of Capital Formation and Growth at the John F. Kennedy School of Government in Harvard University. Frankel served under the Clinton Administration as a member of the Council of Economic Advisors and is currently the Director of Program in International Finance and Macroeconomics at the National Bureau of Economic Research.