How China Can Rebalance Its Economy: Michael Pettis 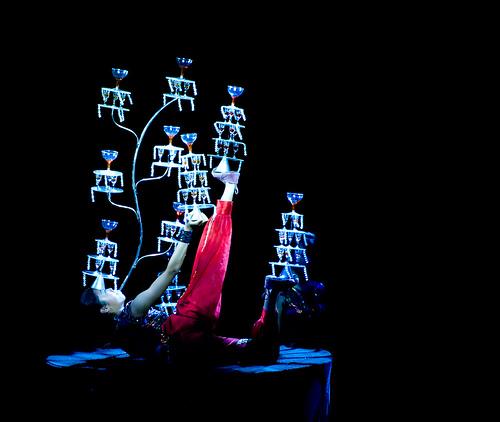 China’s economy is grossly imbalanced, and for years many academics have been talking about an imminent rebalancing. For now, it is clear is that China’s rebalancing act will not be automatic. Rich as China may be, weaknesses in China’s economic model will constrain the options Beijing can take. But the bigger question is, does China have the political will to address this problem?

No matter how sincere its intentions, what Beijing says it will do over the next few years is meaningful only if its policies are both internally consistent and do not violate external constraints. As I proposed two weeks ago, in this post I will try to lay out as logically as possible the economic options available to Beijing, with some discussion of their limitations. Any decision made by Beijing that is not consistent with these options, I will argue, is not worth taking seriously as a prediction of the future.

To try to work out what these options might be I will begin with two key assumptions. The first is that the fundamental imbalance in China is the very low GDP share of consumption. This low GDP share of consumption, I have always argued, reflects a growth model that systematically forces up the savings rate largely by repressing consumption, which it does by effectively transferring wealth from the household sector (in the form, among others, of very low interest rates, an undervalued currency, and relatively slow wage growth) in order to subsidize and generate rapid GDP growth.

As a consequence of this consumption-repressing growth model, Chinese growth is driven largely by the need to keep investment levels extraordinarily high. What’s more, the very high growth rate in investment, combined with significant pricing distortions, especially in the cost of capital, has resulted in massive overinvestment and an unsustainable increase in debt. China cannot slow the growth in debt and resolve its internal economic problems without raising the consumption share of GDP.

My second major assumption is that China must and will rebalance in the coming years – its imbalances, in other words, cannot get much greater and we will soon see a reversal. There are two reasons for saying this, neither of which has to do with the claims being made by Beijing that they are indeed determined to rebalance the economy.

The first reason is the debt dynamics. Every country that has followed a consumption-repressing investment-driven growth model like China’s has ended with an unsustainable debt burden caused by wasted debt-financed investment. This has always led either to a debt crisis or to a “lost decade” of very low growth.

At some point the debt burden itself poses a limit to the continuation of the growth model and forces rebalancing towards a higher consumption share of GDP.  How?  When debt capacity limits are reached, investment must drop because it can no longer be funded quickly enough to generate growth. When this happens China will automatically rebalance, but it will rebalance through a collapse in GDP growth, which might even go negative, resulting in a rising share of consumption only because consumption does not drop as quickly as GDP.

Before any journalist reading this decides to write an article with the headline “Peking University Professor Predicts China Collapse,” I must stress that I am not saying that a collapse in growth must happen, or even that it is likely to happen. My argument here is only that if the unsustainable rise in debt isn’t addressed and reversed, China must eventually reach its debt capacity limit, and this will force a catastrophic rebalancing.

I expect however that Beijing will begin rebalancing well before we reach the debt capacity limit.  I will discuss later how Beijing can engineer the rebalancing process, but the point here is just that either Beijing forces rebalancing, or rebalancing will be forced upon China in the form of a debt crisis. One way or the other, in other words, debt will force China to rebalance.

To the extent they succeed, by definition unless there is a surge in global investment – which given the weak state of the world is very unlikely – under-consuming countries must increase their total consumption rates, or else the world economy cannot balance savings and investment. This global rebalancing must involve China.  As the biggest source of global under-consumption by far, it is very hard to imagine a world that adjusts without a significant adjustment in China.

This adjustment won’t be easy, especially if Japan, as I argued two weeks ago, is attempting to resolve its excess debt problems by forcing up its savings rate. One way or the other, however, it must happen, either with a surge in consumption in the under-consuming countries or with a fall in production – both of which accomplish the same thing, albeit in very different ways.

How can China rebalance?

How plausible are my two assumptions? I think the first one may have been controversial in some quarters as recently as three years ago, and there still are a few who disagree, but it is pretty much accepted among most economists, and it has certainly been a formal part of Beijing’s discourse.  Everyone from Premier Wen and Vice Premier Li on down has insisted that Beijing’s consumption imbalance has reached danger levels, and that China must and will rebalance.

Here, for example, is the South China Morning Post on the subject:

“China is landing quite well. Its inflation is down, investment and growth has slowed,” said Zhu Min, IMF deputy managing director, yesterday during his first speech in Hong Kong since assuming his new position in July of last year. “However, it still needs to carefully manage its investment-driven development model, as investment takes up about 48 per cent of gross domestic product.”

Zhu’s words echoed a string of heavyweight calls for reform, including ones from Premier Wen Jiabao and Vice-Premier Li Keqiang and scholars at China’s central bank and the national state council.  Li said over the weekend that “reforms have entered a tough stage”, and that “China has reached a crucial period in changing its economic model and [change] cannot be delayed”.

The fear is that the current situation, in which exports and investment contribute to most of China’s GDP growth, is no longer sustainable. Export growth to Europe, the largest trading partner with China, had dropped almost to zero, and an investment driven economy had left the country with a huge pile of debt that could potentially go sour, economists said.

My second assumption – that China will necessarily rebalance in the next few years – is I think also very plausible. In fact over the long run it is actually more than just plausible.  It is an arithmetical certainty because it can only be violated if China has unlimited borrowing capacity and if the world has unlimited appetite for rising China trade surpluses. Neither is true.

Where some analysts might disagree with my second assumption is in the issue of timing. China bulls continue to argue that there isn’t yet a significant overinvestment problem in China, which implies that debt is not rising at an unsustainable pace, or if it is, that it can continue rising for many more years before the debt burden itself becomes unsustainable. This, for example, is the view of the folks at Dragonomics, and it is a view often expressed sympathetically in The Economist.

This disagreement with my assumption also implies that the consumption imbalance is temporary and can resolve itself gradually and over time as the benefits of earlier investment begin to emerge and eventually overwhelm the total costs of those investments. Of course if this is true China does not need a surging current account surplus because if investment isn’t being wasted it can keep investment rising faster than savings for many more years. The current account surplus, remember, is just the excess of savings over investment.

China, in other words, must stop transferring income from households to the state and in fact must reverse those transfers.  As Chinese household income and wealth become a greater share of the overall economy, so will Chinese consumption.

This is the key prediction, and it implies that one way or the other Beijing will engineer a transfer of wealth from the state sector to the household sector.  As I see it, the various ways in which this transfer can take place can all be accounted for by one or more of the five following options:

1.       Beijing can slowly reverse the transfers, for example by gradually raising real interest rates, the foreign exchange value of the currency, and wages, or by lowering income and consumption taxes.

2.       Beijing can quickly reverse the transfers in the same way.

3.       Beijing can directly transfer wealth from the state sector to the private sector by privatizing assets and using the proceeds directly or indirectly to boost household wealth.

5.       Beijing can cut investment sharply, resulting in a collapse in growth, but it can mitigate the employment impact of this collapse by hiring unemployed workers for various make-work programs and paying their salaries out of state resources.

Notice that all of these options effectively have China doing the same thing: In each case the state share of GDP is reduced and the household share is increased. There are however very big differences in how the changes are distributed among various parts of the household sector and the state sector.

Notice also that the changing share of GDP tells us little or nothing about the actual GDP growth rate, or about the growth rate either of household wealth or of state wealth. It just tells us something very important about the relative growth rates. For example we can posit a case in which GDP grows by 9% annually while household income grows by 12-13% annually.  In that case the rest of the economy would grow by roughly 5-6% annually (household income is approximately half of GDP), and the distribution of this growth would be shared between the state sector and the business sector. This might be considered the “good case” scenario of rebalancing.

Alternatively, we can posit that annual GDP growth is 0%. In that case the annual growth in household income might be 3-4% while the state and business sectors contract at roughly 3-4%. This would be the “bad case” scenario.