One Month Later – How America Should Rebuild Itself Post-Elections: Joseph Stiglitz 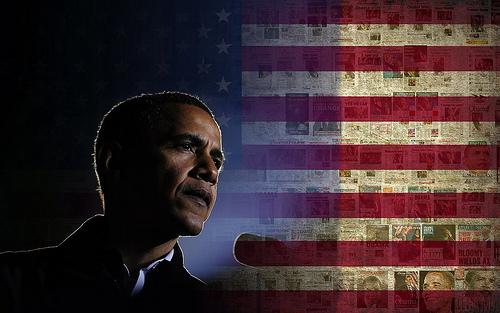 After a hard-fought campaign, it seems that not much has changed in American politics. Rather, the main cause for celebration has been that America has avoided policies that would have pushed it closer to recession and increased inequality further.

NEW YORK – After a hard-fought election campaign, costing well in excess of $2 billion, it seems to many observers that not much has changed in American politics: Barack Obama is still President, the Republicans still control the House of Representatives, and the Democrats still have a majority in the Senate. With America facing a “fiscal cliff” – automatic tax increases and spending cuts at the start of 2013 that will most likely drive the economy into recession unless bipartisan agreement on an alternative fiscal path is reached – could there be anything worse than continued political gridlock?

In fact, the election had several salutary effects – beyond showing that unbridled corporate spending could not buy an election, and that demographic changes in the United States may doom Republican extremism. The Republicans’ explicit campaign of disenfranchisement in some states – like Pennsylvania, where they tried to make it more difficult for African-Americans and Latinos to register to vote – backfired: those whose rights were threatened were motivated to turn out and exercise them. In Massachusetts, Elizabeth Warren, a Harvard law professor and tireless warrior for reforms to protect ordinary citizens from banks’ abusive practices, won a seat in the Senate.

Some of Mitt Romney’s advisers seemed taken aback by Obama’s victory: Wasn’t the election supposed to be about economics? They were confident that Americans would forget how the Republicans’ deregulatory zeal had brought the economy to the brink of ruin, and that voters had not noticed how their intransigence in Congress had prevented more effective policies from being pursued in the wake of the 2008 crisis. Voters, they assumed, would focus only on the current economic malaise.

Related: Why Personality, And Not Policies, Should Determine Elections: George Friedman

Related: Behind The Narrow Margins Of Victory In US Presidential Elections: George Friedman

The Republicans should not have been caught off-guard by Americans’ interest in issues like disenfranchisement and gender equality. While these issues strike at the core of a country’s values – of what we mean by democracy and limits on government intrusion into individuals’ lives – they are also economic issues. As I explain in my book The Price of Inequality, much of the rise in US economic inequality is attributable to a government in which the rich have disproportionate influence – and use that influence to entrench themselves. Obviously, issues like reproductive rights and gay marriage have large economic consequences as well.

In terms of economic policy for the next four years, the main cause for post-election celebration is that the US has avoided measures that would have pushed it closer to recession, increased inequality, imposed further hardship on the elderly, and impeded access to health care for millions of Americans.

Beyond that, here is what Americans should hope for: a strong “jobs” bill – based on investments in education, health care, technology, and infrastructure – that would stimulate the economy, restore growth, reduce unemployment, and generate tax revenues far in excess of its costs, thus improving the country’s fiscal position. They might also hope for a housing program that finally addresses America’s foreclosure crisis.

A comprehensive program to increase economic opportunity and reduce inequality is also needed – its goal being to remove, within the next decade, America’s distinction as the advanced country with the highest inequality and the least social mobility. This implies, among other things, a fair tax system that is more progressive and eliminates the distortions and loopholes that allow speculators to pay taxes at a lower effective rate than those who work for a living, and that enable the rich to use the Cayman Islands to avoid paying their fair share.

America – and the world – would also benefit from a US energy policy that reduces reliance on imports not just by increasing domestic production, but also by cutting consumption, and that recognizes the risks posed by global warming. Moreover, America’s science and technology policy must reflect an understanding that long-term increases in living standards depend upon productivity growth, which reflects technological progress that assumes a solid foundation of basic research.

Finally, the US needs a financial system that serves all of society, rather than operating as if it were an end in itself. That means that the system’s focus must shift from speculative and proprietary trading to lending and job creation, which implies reforms of financial-sector regulation, and of anti-trust and corporate-governance laws, together with adequate enforcement to ensure that markets do not become rigged casinos.

Globalization has made all countries more interdependent, in turn requiring greater global cooperation. We might hope that America will show more leadership in reforming the global financial system by advocating for stronger international regulation, a global reserve system, and better ways to restructure sovereign debt; in addressing global warming; in democratizing the international economic institutions; and in providing assistance to poorer countries.

Americans should hope for all of this, though I am not sanguine that they will get much of it.  More likely, America will muddle through – here another little program for struggling students and homeowners, there the end of the Bush tax cuts for millionaires, but no wholesale tax reform, serious cutbacks in defense spending, or significant progress on global warming.

Related: Global Economy On The Verge Of Crashing Into ‘Brick Wall’: Nouriel Roubini

With the euro crisis likely to continue unabated, America’s continuing malaise does not bode well for global growth. Even worse, in the absence of strong American leadership, longstanding global problems – from climate change to urgently needed reforms of the international monetary system – will continue to fester. Nonetheless, we should be grateful: it is better to be standing still than it is to be heading in the wrong direction.