Forget Finance, Europe’s Next Crisis Will Be Political In Nature: George Friedman 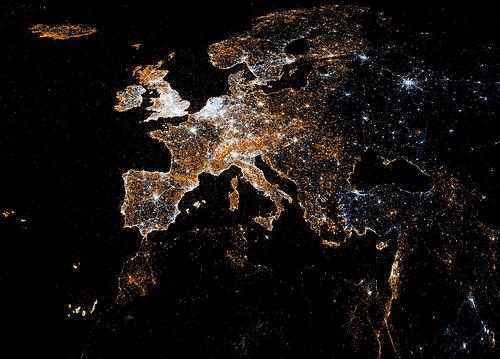 The European Union project is facing its biggest test. Regardless of whether the next immediate European crisis is focused on Spain or Italy, it follows that by mid-decade, Europe’s political landscape will have shifted dramatically, with new parties, personalities and values emerging. As such, the real question, therefore, is not how the financial crisis works out. It is whether the European project will survive.

Everyone is wondering about the next disaster to befall Europe.  Italy is one focus; Spain is also a possibility. But these crises are already under way. Instead, the next crisis will be political, not in the sense of what conventional politician is going to become prime minister, but in the deeper sense of whether Europe’s political elite can retain power, or whether new political forces are going to emerge that will completely reshape the European political landscape. If this happens, it will be by far the most important consequence of the European financial crisis.

Thus far we have seen some changes in personalities in the countries at the centre of the crisis. In Greece, Prime Minister George Papandreou stepped aside, while in Italy Prime Minister Silvio Berlusconi now has resigned. Though these resignations have represented a formal change of government, they have not represented a formal policy change. In fact, Papandreou and Berlusconi both stepped down on the condition that their respective governments adopt the austerity policies proposed during their respective tenures.

Europeanists dominate the coalitions that have replaced them. They come from the generation and class that are deeply intellectually and emotionally committed to the idea of Europe. For them, the European Union is not merely a useful tool for achieving national goals. Rather, it is an alternative to nationalism and the horrors that nationalism has brought to Europe. It is a vision of a single Continent drawn together in a common enterprise — prosperity — that abolishes the dangers of a European war, creates a cooperative economic project and, least discussed but not trivial, returns Europe to its rightful place at the heart of the international political system.

For the generation of leadership born just after World War II that came to political maturity in the last 20 years, the European project was an ideological given and an institutional reality. These leaders formed an international web of European leaders who for the most part all shared this vision. This leadership extended beyond the political sphere: Most European elites were committed to Europe (there were, of course, exceptions).

Greece and the Struggle of the European Elite

Now we are seeing this elite struggle to preserve its vision. When Papandreou called for a referendum on austerity, the European elite put tremendous pressure on him to abandon his initiative. Given the importance of the austerity agreements to the future of Greece, the idea of a referendum made perfect sense. A referendum would allow the Greek government to claim its actions enjoyed the support of the majority of the Greek people. Obviously, it is not clear that the Greeks would have approved the agreement.

Related: How The Greek Economy Fell From Grace in 13 Steps

Led by German Chancellor Angela Merkel, the European elite did everything possible to prevent such an outcome. This included blocking the next tranche of bailout money and suspending all further bailout money until Greek politicians could commit to all previously negotiated austerity measures. European outrage at the idea of a Greek referendum makes perfect sense.

Coming under pressure from Greece and the European elite, Papandreou resigned and was replaced by a former vice president of the European Central Bank. Already abandoned by Papandreou, the idea of a referendum disappeared.

Two dimensions explain this outcome. The first was national. The common perception in the financial press is that Greece irresponsibly borrowed money to support extravagant social programs and then could not pay off the loans. But there also is validity to the Greek point of view. From this perspective, under financial pressure, the European Union was revealed as a mechanism for Germany to surge exports into developing EU countries via the union’s free trade system. Germany also used Brussels’ regulations and managed the euro such that Greece found itself in an impossible situation. Germany then called on Athens to impose austerity on the Greek people to save irresponsible financiers who, knowing perfectly well what Greece’s economic position was, were eager to lend money to the Greeks. Each version of events has some truth to it, but the debate ultimately was between the European and Greek elites. It was an internal dispute, and whether for Greece’s benefit or for the European financial system’s benefit, both sides were committed to finding a solution.

The second dimension had to do with the Greek public and the Greek and European elites. The Greek elite clearly benefited financially from the European Union. The Greek public, by contrast, had a mixed experience. Certainly, the 20 years of prosperity since the 1990s benefited many — but not all. Economic integration left the Greek economy wide open for other Europeans to enter, putting segments of the Greek economy at a terrific disadvantage. European competitors overwhelmed workers in many industries along with small-business owners in particular. So there always was an argument in Greece for opposing the European Union. The stark choice posed by the current situation strengthened this argument, namely, who would bear the burden of the European system’s dysfunction in Greece? In other words, assuming the European Union was to be saved, who would absorb the cost? The bailouts promised by Germany on behalf of Europe would allow the Greeks to stabilize their financial system and repay at least some of their loans to Europe. This would leave the Greek elite generally intact. The price to Greece would be austerity, but the Greek elite would not pay that price. Members of the broader public — who would lose jobs, pensions, salaries and careers — would.

Essentially, the first question was whether Greece as a nation would deliberately default on its debts — as many corporations do — and force a restructuring on its terms regardless of what the European financial system needed, or whether it would seek to accommodate the European system. The second was whether it would structure an accommodation in Europe such that the burden would not fall on the public but on the Greek elite.

The Greek government chose to seek accommodation with European needs and to allow the major impact of austerity to fall on the public as a consequence of the elite’s interests in Europe — now deep and abiding — and the ideology of Europeanism. Since by its very nature the burden of austerity would fall on the public, it was vital a referendum not be held. Even so, the Greeks undoubtedly would seek to evade the harshest dimensions of austerity. That is the social contract in Greece: The Greeks would promise the Europeans what they wanted, but they would protect the public via duplicity. While that approach might work in Greece, it cannot work in a country like Italy, whose exposure is too large to hide via duplicity. Similarly, duplicity cannot be the ultimate solution to the European crisis.

See also: How The Greek Economy Fell From Grace in 13 StepsSee also: The Government Debt of 12 Eurozone Nations