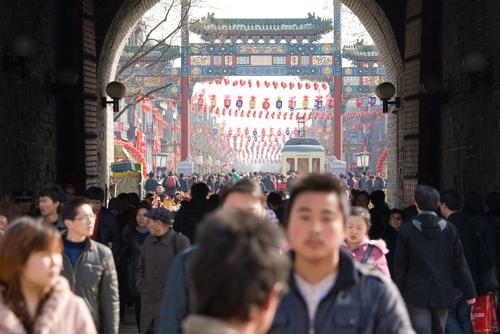 Recent economic data has shown that China is slowing down. The question is: Should we attempt to revive growth in the world’s second largest economy? Perhaps not. As it is, China bulls have been late in recognising the unhealthy implications of China’s imbalances and, more often than not, have failed to understand that rebalancing cannot occur unless accompanied by a rise in real interest rates and a subsequent fall in investment and growth levels.

China’s official GDP growth rate has fallen sharply – last month Beijing announced that GDP growth for the second quarter of 2012 was a lower-than-expected 7.6 percent year-on-year, the lowest level since 2009 and well below the 8.1 percent generated in the first quarter. This implies of course that quarterly growth is substantially below 7.6 percent. Industrial production was also much lower than expected, at 9.5 percent year-on-year. In fact China’s real GDP growth may have been even lower than the official numbers. This is certainly what electricity consumption numbers, which have been flat, imply, and there have been rumours all year of businesses being advised by local governments to exaggerate their revenue growth numbers in order to provide a better picture of the economy.

Some economists are arguing that flat electricity consumption is consistent with 7.6 percent GDP growth because of pressure on Chinese businesses to improve energy efficiency, but this is a little hard to believe. That “pressure” has been there almost as long as I have been in China (over ten years) and it would be startling if only now did it have an impact, especially with such a huge impact occurring so suddenly. Adding to the slow economic growth, the country may be tipping into deflation. Last month the National Bureau of Statistics released the following inflation data:

In June, the consumer price index (CPI) went up by 2.2 percent year-on-year. The prices grew by 2.2 percent in cities areas and 2.0 percent in rural areas. The food prices went up by 3.8 percent, while the non-food prices increased by 1.4 percent. The prices of consumer goods went up by 2.3 percent and the prices of services grew by 1.9 percent. In the first half of this year, the overall consumer prices were up by 3.3 percent over the same period of previous year.

My very smart former PKU student Chen Long, who follows monetary conditions in China as closely as anyone else I know tells me:

June CPI increased 2.2 percent from a year ago, slightly lower than market consensus of 2.3 percent. June PPI dropped 2.1 percent on yearly basis, versus the median forecast of a 2.0 percent decline. On a monthly basis, CPI and PPI were down 0.6 percent and 0.7 percent respectively.  The consumer price index has posted three consecutive months of negative monthly growth, and it was also the second consecutive month-on-month fall of PPI. Moreover, the year-on-year PPI growth has been negative for four months.

Inflation in China seems to have been licked. This is just what one would have expected in a financially repressed system, in which inflation creates its own correction by increasing the financial repression tax on household savers (thus reducing consumption) and lowering the cost of capital for manufacturing borrowers. Of course this same system means that deflation is unlikely to last very long because, as long as interest rates are not slashed, deflation will cause the real deposit rate and the real borrowing rate to rise. These increase consumption and reduce production, so putting upward pressure on prices.

Unlike some other analysts, in other words, I am not concerned about deflation persisting for long unless the People’s Bank of China (PBoC) cuts interest rates much more sharply than any of us expect. I know this may sound strange – most analysts believe that cutting interest rates will actually reignite CPI inflation – but remember that the relationship between inflation and interest rates in China is, as I have discussed many times before, not at all like the relationship between the two in the US.  It works in the opposite way because of the very different structure of Chinese debt and consumption.

Overall at any rate things seem to be going so badly in the economy that on Sunday Premier Wen Jiabao warned, yet again, that the economy is under serious pressure, and then did the same on Tuesday. According to an article in Xinhua, Wen on Tuesday reaffirmed Beijing’s commitment to growth:

The emphasis on investment to shore up growth comes as the world’s second-largest economy is being challenged with slumping external demand and low consumption at home. Wen said the structure, quality and cost-effectiveness of investment should be given greater importance, adding that investment should be used to improve livelihoods and help the country develop scientifically.

Given the very weak numbers, and Beijing’s reactions, China seems very clearly to be heading towards a hard landing and many Chinese and foreign experts are urgently warning that Beijing must cut interest rates even more sharply, expand credit, and so save China and the world from disaster. We’ve already had two cuts this year in the lending rate. Here is what Xinhua said a week ago Friday:

The central bank cut interest rates for a second time in a month, fuelling concerns that the slowdown in the world’s second-largest economy is worse than predicted.  The People’s Bank of China lowered benchmark deposit rates on Thursday by 25 basis points and cut lending rates by 31 basis points, effective from Friday.

The central bank cut interest rates on June 8 for the first time since 2008 to bolster economic growth. “The limits for rates charged on individual property loans will not change and financial institutions must strictly implement differentiated policies on property loans to continue constraints on speculative purchases,” the central bank said.

A leading economist said that cutting rates twice in a month suggests weak growth. “The two cuts in interest rates within a month indicate that the GDP growth rate in the second quarter is indeed weaker than expectations,” said Lu Zhengwei, chief economist at the Industrial Bank, adding he expected that the figure would be 7.6 percent.

The cuts, or at least the first one, seem to have some impact. Although loan growth has been much slower than expected for most of this year, the June loan numbers finally surprised the market on the upside. According, again, to Xinhua:

China’s bank lending last month turned out not to be as weak as we had feared. Net new loans amounted to RMB920bn. This was only slightly above the median forecast of analysts surveyed by Bloomberg (RMB880bn) as well as our own (RMB900bn). But ever since the People’s Bank cut interest rates last week, we had thought that the risks to these forecasts were skewed heavily to the downside, on the belief that weak lending was the most likely trigger for the rate move.

In fact, new lending was significantly higher last month than in May when it reached RMB793bn. That suggests that government attempts to revive bank lending were starting to work, even before last week’s rate move.

The fact that the government has continued to loosen nonetheless is positive for GDP growth in the near-term. A continued pick-up in lending to fuel investment should quieten immediate doubts about the economy in the months before the leadership handover. But it is questionable how much stimulus China really needs at this point and, in particular, the degree to which more investment-led growth should be welcomed.

I think Williams is right, and I agree that those calling for additional interest rate cuts and more rapid investment and credit expansion are wrong. Why? Because what is happening in China may be just what China and the world need. After many failed attempts, over the past six months we may be seeing for the first time the beginning of China’s urgently needed economic rebalancing, in which China reduces its overreliance on investment in favour of consumption.

Regular readers may be surprised to see me say this. For the past four or five years analysts have been earnestly assuring us that the rebalancing process had finally begun, and I had always insisted that it couldn’t have begun yet. Why? Because as I understand it rebalancing is almost arithmetically impossible under conditions of high GDP growth rates and low real interest rates. Once the real numbers came in, it always turned out that in fact imbalances had gotten worse, not better. Typically many of those too-eager analysts have resorted to insisting that the consumption data are wrong, although even if they are right this does not confirm that rebalancing had taken place since errors in reporting consumption have always been there.

But this time seems different. Now for the first time I think maybe the long-awaited Chinese rebalancing may have finally started.

Of course the process will not be easy.  Debt levels have risen so quickly that unless many years of overinvestment are quickly reversed China will face debt problems, and maybe even a debt crisis.  The sooner China starts the rebalancing process, in other words, the less painful it will be, but one way or the other it is going to be painful and there are many in China who are going to argue that the rebalancing process must be postponed.  With China’s consumption share of GDP at barely more than half the global average, and with the highest investment rate in the world, rebalancing will require determined effort.