•
Markets
•
by
Amar Bhide and… 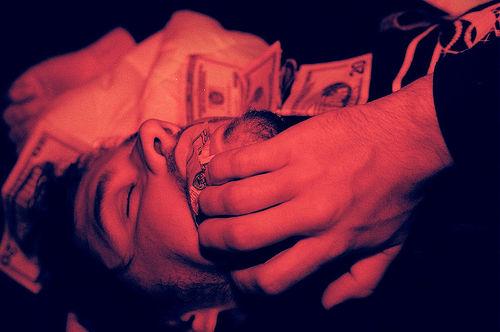 See the Slide Show >>> Default Danger: 12 Countries On The Brink Of Crisis

During the 1970s, Former Citibank Chief Executive Walter Wriston famously declared that countries would never go bust or bankrupt. Governments also started to borrow large sums of money in order to fuel their spending, while lenders continued to provide these governments with a seemingly endless source of funds. Eventually, government debts grew to such insurmountable proportions that countries today are now faced with the distinct possibility of a default or even bankruptcy. How can we address the structural issues that threaten to consume the global economy?

NEW YORK – The Greek debt crisis has prompted questions about whether the euro can survive without a nearly unimaginable centralization of fiscal policy. There is a simpler way. Irresponsible borrowing by governments in international credit markets requires irresponsible lending. Bank regulators should just say no to such lending by institutions that are already under their purview.

Lending to foreign governments is in many ways inherently riskier than unsecured private debt or junk bonds. Private borrowers often have to offer collateral, such as their houses. The collateral limits the lenders’ downside risk, and the fear of losing the pledged assets encourages borrowers to act prudently.

But governments offer no collateral, and their principal incentive to repay – the fear of being cut off by international credit markets – derives from a perverse addiction. Only governments that are chronically unable to finance their outlays with domestic taxes or domestic debt must keep borrowing large sums abroad. A deep craving for the favor of foreign lenders usually derives from some deeply engrained form of misgoverance.

Commercial debt usually has covenants that limit the borrower’s ability to roll the dice. Loan or bond covenants often require borrowers to agree to maintain a minimum level of equity capital or cash on hand. Government bonds, on the other hand, have no covenants.

Similarly, private borrowers can go to prison if they misrepresent their financial condition to secure bank loans. Securities laws require that issuers of corporate bonds spell out all possible risks. By contrast, governments pay no penalties for outrageous misrepresentation or fraudulent accounting, as the Greek debacle shows.

When private borrowers default, bankruptcy courts supervise a bankruptcy or reorganization process through which even unsecured creditors can hope to recover something. But there is no process for winding up a state and no legal venue for renegotiating its debts. Worse, the debt that states raise abroad is usually denominated in a currency whose value they cannot control. So a gradual, invisible reduction in the debt burden by debasing the currency is rarely an option.

The power to tax is thought to make government debt safer: private borrowers have no right to the profits or wages that they need to satisfy their obligations. But the power to tax has practical limits, and governments’ moral or legal right to bind future generations of citizens to repay foreign creditors is questionable.