Europe’s Currency Conundrum – What Can Save The Euro Now? : Joseph Stiglitz 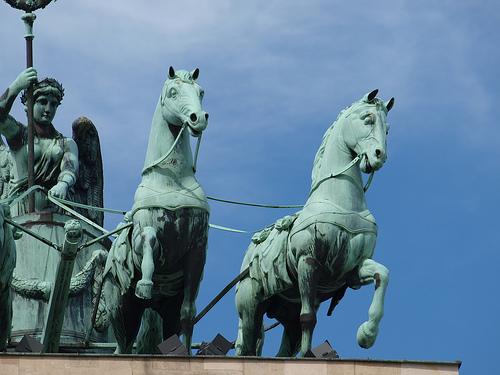 It is increasingly evident that Europe’s political leaders, for all their commitment to the euro’s survival, do not have a good grasp of what is required to make the single currency work. Public-sector cutbacks today do not solve the problem of yesterday’s profligacy; they simply push economies into deeper recessions.

NEW YORK – Just when it seemed that things couldn’t get worse, it appears that they have. Even some of the ostensibly “responsible” members of the eurozone are facing higher interest rates. Economists on both sides of the Atlantic are now discussing not just whether the euro will survive, but how to ensure that its demise causes the least turmoil possible.

It is increasingly evident that Europe’s political leaders, for all their commitment to the euro’s survival, do not have a good grasp of what is required to make the single currency work. The prevailing view when the euro was established was that all that was required was fiscal discipline – no country’s fiscal deficit or public debt, relative to GDP, should be too large. But Ireland and Spain had budget surpluses and low debt before the crisis, which quickly turned into large deficits and high debt. So now European leaders say that it is the current-account deficits of the eurozone’s member countries that must be kept in check.

In Spain, for example, money flowed into the private sector from private banks. Should such irrational exuberance force the government, willy-nilly, to curtail public investment? Does this mean that government must decide which capital flows – say into real-estate investment, for example – are bad, and so must be taxed or otherwise curbed? To me, this makes sense, but such policies should be anathema to the EU’s free-market advocates.

The quest for a clear, simple answer recalls the discussions that have followed financial crises around the world. After each crisis, an explanation emerges, which the next crisis shows to be wrong, or at least inadequate. The 1980’s Latin American crisis was caused by excessive borrowing; but that could not explain Mexico’s 1994 crisis, so it was attributed to under-saving.

Then came East Asia, which had high savings rates, so the new explanation was “governance.”  But this, too, made little sense, given that the Scandinavian countries – which have the most transparent governance in the world – had suffered a crisis a few years earlier.

There is, interestingly, a common thread running through all of these cases, as well as the 2008 crisis: financial sectors behaved badly and failed to assess creditworthiness and manage risk as they were supposed to do.