•
Europe/Middle East
•
by
Mohamed A. El-Erian 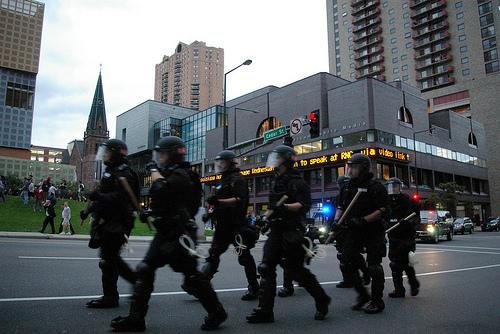 Underlying tensions between European countries are gradually emerging as austerity measures imposed by richer economies exacerbate already painful recessions among indebted nations. But while the ECB has managed to stave off an outright economic war between its members for the time being at least, economic peace remains elusive – as long as the governments continue to dither and bicker over long-term solutions.

NEWPORT BEACH – I was nine years old when Egypt entered what became known as its “war of attrition” with Israel. During this period of “no war and no peace,” underlying tensions festered, and a fragile tranquillity was periodically interrupted by armed skirmishes.

The war of attrition followed the June 1967 war, in which Egypt – to the immense surprise of most of its citizens and the outside world – was soundly defeated. Its air force was crippled and its army was virtually overrun, with Israel capturing the entire Sinai Peninsula.

Positioned on the eastern bank of the Suez Canal, Israel’s army was just over 100 kilometres from Cairo. And, with Israeli jet fighters still controlling the airspace, Egypt’s capital and its major population centres were greatly exposed.

The official narrative reflected little of this. Whether on state television or in government-controlled newspapers – at the time, there was no free press, Internet, or cable news – citizens were reassured that Egypt had regained control of its destiny. But they knew better.

To this day, I remember vividly the sense of general anxiety that prevailed among citizens, accentuated by deep concern about what the future might hold. People were afraid to invest, and many wondered whether they should emigrate in search of a better future.

With the underlying issues left unaddressed, the war of attrition was followed by another full-scale war in 1973 – one that again surprised most people inside and outside Egypt. This time, the Egyptian armed forces won a number of early battles and secured a cease-fire that regained part of the Sinai, setting the stage for the 1979 peace agreement with Israel.

I recount this history not to draw a parallel with today’s Israeli-Palestinian conflict, which, just a couple of weeks ago, resulted in many civilian deaths, overwhelmingly in Gaza. Rather, it is because I see too many parallels with what is happening in the European debt crisis.

European citizens – particularly in peripheral economies such as Greece, Portugal, and Spain – are anxious. Unemployment is unacceptably high, and is still rising. Their economies continue to implode, leading to cumulative contractions that are setting tragic new records. Poverty is on the rise. Not surprisingly, increased emigration to the stronger eurozone countries (such as Germany) has been accompanied by higher outflows of financial capital.

Admittedly, and fortunately, the parallels are far from perfect. Europe does not have armed conflicts. Feelings of intense insecurity are not related to bombs and sirens. The threat is economic rather than military. Yet there is a real sense of “no peace and no war.”

Europe’s economic peace remains elusive for a simple reason: governments have still not found a way to generate the trifecta of growth, employment, and financial stability. The longer this prevails, the more oxygen is sucked out of sectors that remain relatively healthy – and for three distinct reasons.

First, the eurozone economy is extremely interconnected. As such, it is only a matter of time until weakness in one part migrates to other parts. Witness what is happening in Germany, a well-managed country once thought itself immune from the troubles around it. After a period of record low unemployment, economic growth has slowed markedly, reaching just 0.2 percent in quarterly terms in July-September. On current trends, the fourth quarter’s growth rate will turn negative.

Second, the eurozone’s bailout bill continues to rise. Cyprus is expected to join the other three “program countries” (Greece, Ireland, and Portugal) in requiring considerable official financing; and, of the other three, only Ireland is getting close to regaining normal access to capital markets. With Spain also requiring billions more to recapitalize its banks, the contingent claims on taxpayers in the core countries continue to mount. Indeed, this is one of the factors that contributed to Moody’s decision – following Standard & Poor’s – to strip France of its AAA credit rating.

Finally, adverse contagion is extending beyond the 17 countries in the eurozone. The region’s debt crisis is undermining cooperation within the larger 27-member European Union, resulting in the spectacular failure of the recent summit on the EU budget. It has also contributed to the economic slowdown in China, raising concerns (which I believe are exaggerated) that the country’s new leadership may have problems engineering a soft landing for an economy accustomed to double-digit (or high single-digit) growth.

This lack of peace would have resulted in outright economic and financial war if not for the critical – and growing – role played by the European Central Bank. Under the bold leadership of Mario Draghi, the ECB has committed to provide as much time as possible for most governments to get their acts together. And it has done so by relying on innovative measures that substitute its elastic balance sheet for those of over-extended governments, gun-shy private investors, and fleeing bank depositors.

Yet it would be a grave mistake to assume that the ECB can deliver lasting economic peace. It cannot. If governments continue to dither and bicker, the most that it can do is delay the war for a while.

Like Egypt’s war of attrition, the eurozone’s underlying economic, financial, and social ferment continues. If governments continue to stumble from one patchwork remedy to another – a probability that remains uncomfortably high – the delay in implementing a comprehensive solution will eventually overwhelm the defences that the ECB has so courageously put in place.

Some say that, just as Egypt’s war of attrition eventually gave way to a full-scale war and then a peace treaty, Europe needs a major crisis to move forward. But this is a dangerous notion, one that entails not just massive risks, but also unacceptably high interim human costs.

European governments are well advised to use the financial cease-fire that the ECB is willing to buy for them. Allowing it to expire without progress toward permanent stability would expose Europe to disruptions that would diminish significantly its prospects for long-term economic stability, growth and job creation.

See also: Forget Finance, Europe’s Next Crisis Will Be Political In Nature: George FriedmanSee also: Can Europe Learn From Their Own Past Crises?: Harold James