Egypt’s Populist Problem – The Downside Of The Revolution: Mohsin Khan 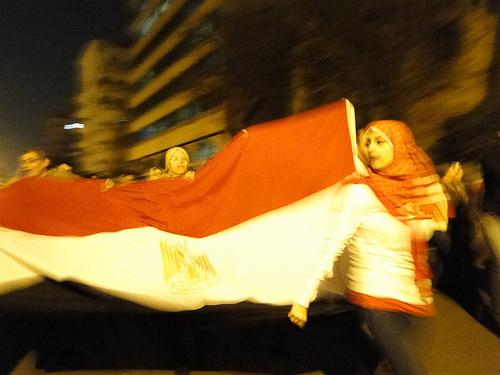 Egypt’s political transition has had deep economic consequences. Though the country is now free of a repressive and tyrannical regime, the economy has entered into a steep decline, which threatens the main goals of the revolution. What’s more, Egyptian politicians now favour populist rhetoric; and unless the upcoming presidential elections can lead to economic stabilization and revival, Egyptians’ hard-won political gains may well be lost.

WASHINGTON, DC – Egyptians’ political aspirations have dominated the country’s public life since the fall of President Hosni Mubarak last year. Unfortunately, as those aspirations are addressed, the economy has entered a steep decline, jeopardizing one of the revolution’s main goals, namely improvement in Egyptians’ living standards and welfare.

Indeed, the populist rhetoric of Egyptian politicians threatens to undo the economic reforms undertaken by the Mubarak regime. In 2004, a major reform program was launched under former Prime Minister Ahmed Nazif.  It was aimed at removing bureaucratic constraints to growth by restructuring the financial sector, streamlining business regulations, liberalizing foreign trade, and reducing the government’s role in the economy.

The 2004 reforms, with their elimination of restrictions on access to foreign exchange and reduction of import tariffs, gradually improved the business and investment climate. Coupled with favorable international conditions, Egypt’s annual GDP growth rate rose to 7.2 percent in 2008, from 4.1 percent in 2004, and remained at 5 percent in 2009-2010, despite the global recession. The new measures also helped to attract large capital inflows and foreign direct investment, underpinning a dramatic rise in foreign-currency reserves, from $14.8 billion in 2004 to more than $36 billion by the end of 2010.

In 2011, the situation worsened on virtually all fronts. Annual growth fell to about 0.5 percent, and inflation remained in double digits. The unemployment rate reached 12.4 percent in the fourth quarter, up from 8.9 percent in the same period of 2010. The current-account balance deteriorated rapidly, owing to the loss of more than $4 billion in tourism revenues and a sharp fall in remittances by Egyptian workers abroad. The fiscal deficit widened to 10 percent of GDP, causing government debt (including external debt), which had been falling steadily, to rise to 76 percent of GDP.

The most striking development, however, was the loss of international reserves in the year following the Tahrir Square revolution. The International Monetary Fund estimates that foreign-currency reserves fell by half, to $18 billion, by December 2011, owing partly to the worsening current-account balance, but, more importantly, to withdrawal from Egypt by foreign and domestic investors alike.

In the face of large and growing external imbalances, the Central Bank of Egypt (CBE) chose to defend the Egyptian pound during last year’s political and economic turmoil. The CBE allowed the exchange rate, which is formally defined as a “managed float,” to depreciate by only 3 percent. Keeping the currency relatively stable was considered a higher priority than preventing the loss of foreign reserves.

Today, Egypt not only remains vulnerable to unstable domestic politics; owing to the depletion of its international reserves – at a rate of roughly $2 billion a month since last October – the country now also faces the threat of a currency crisis. Moreover, this almost certainly underestimates the extent of the losses, because it does not exclude inflows of $3.5 billion since November of last year from auctions of US-dollar-denominated treasury bills.

In addition, the Egyptian military gave a $1 billion loan to the government, and another $1 billion was received through grants from Saudi Arabia and Qatar, bringing the loss of reserves since December 2010 closer to $22 billion. The other source of international reserves, tourism, brought in only $8 billion, down sharply from $12 billion in 2010. Egypt continues to import almost double what it exports, resulting in a trade deficit of over $10 billion by the end of 2011.

As a result, Egypt’s financing must continue to grow: the country now needs to borrow about $14-15 billion to plug its estimated financing gap of $24 billion. Much depends on when, or whether, external aid materializes, which is contingent on approval of Egypt’s renegotiated $3.2 billion IMF loan. If finalized, the IMF program could trigger further aid packages by the World Bank and other international donors.

If the aid arrives, Egypt could begin to address some of its financing problems, but it is still in need of a long-term strategy to spur sustainable growth. Egypt’s economy is facing continued risks, owing to capital flight, rising inflation, unemployment, and populist policies. Even with the availability of external finance, Egyptian leaders must look for ways to engage the private sector in reviving the country’s economy.

Related: Has Egypt's Middle Class Gained From The Revolution?

Unfortunately, the latest political incident involving the democracy-promoting activities of American NGOs has cooled bilateral relations and threatens the $1.3 billion in military assistance that Egypt receives annually from the United States. This may have an impact on other donors, as well as the international financial institutions, particularly the IMF and the World Bank.

Egypt’s transition from populist economic policies to anti-American populism exemplifies the impact that political uncertainty can have on economic developments. The upcoming presidential election in May and the formation of a democratically elected government, one hopes, will calm the political turmoil and lead to economic stabilization and revival. Otherwise, Egyptians’ hard-won political gains may well be lost.

Mohsin Khan is a Senior Fellow at the Peterson Institute for International Economics in Washington, DC. Prior to joining the Institute, Khan was the director of the Middle East and Central Asia department at the IMF.