Egyptians Will Not Settle For An Incomplete Revolution: Mohamed El-Erian 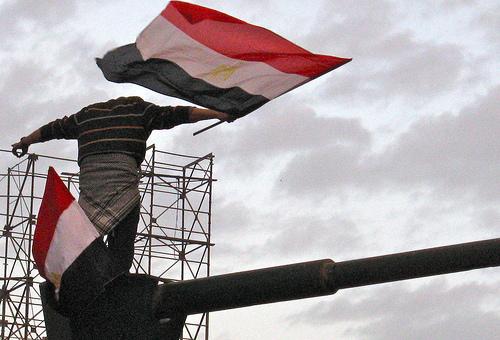 Exactly one year ago, as the World Economic Forum convened in Davos, Egyptians took to the streets in a relatively peaceful protest to overthrow a regime that had ruled over them with an iron fist for 30 years. Today, their revolution is, unfortunately, incomplete and imperfect, but make no mistake: Egyptians will finish what they started.

NEWPORT BEACH – A year ago, Egyptians of all ages and religions took to the streets and, in just 18 days of relatively peaceful protests, removed a regime that had ruled over them with an iron fist for 30 years. Empowered by an impressive yet leaderless movement – largely of young people – the country’s citizens overcame decades of fear to reclaim a voice in their future.

While much has been achieved since those euphoric times, Egypt’s revolution today is, unfortunately, incomplete and imperfect – so much so that some now doubt whether it will fully succeed. I believe that the doubters will be proven wrong.

Related: Has Egypt's Middle Class Gained From The Revolution?

Related: New Clashes in Egypt Leave 1,000 Injured and Democracy Teetering on the Edge

Over the last year, Egyptians have voted in their first free and fair parliamentary elections. They have discovered and used freedom of expression in a way that, not so long ago, would have been deemed unthinkable. Participation in civic activities is on the rise. And Egyptians are learning a lot about who they are as a society, and what they can achieve collectively.

For the first time in decades, millions of Egyptians now feel that they “own” their country, and that they are directly responsible for its well-being, and for that of future generations. This is a priceless accomplishment for a country that had underachieved on so many fronts for so many years, in the process losing its self-confidence, failing to meet its considerable economic and social potential, and falling in international development rankings.

But greater ownership does not translate into full contentment. Dissatisfaction today is high and rising, and understandably so. Institutions are failing to adapt quickly enough. The legal system lacks sufficient legitimacy and agility. Everyday security, while improving, is still far from adequate.

Not surprisingly, the economy is struggling, and it will likely get worse in the months ahead. Growth is sluggish, amplifying alarmingly high youth unemployment. Shortages of some goods have started to appear, and the country is turning to the International Monetary Fund and other creditors for emergency financing.

So it is no less surprising that Egyptians now feel that, after an exhilarating start, their revolution has become stuck in a muddled purgatory. Moreover, many now believe that the future is as uncertain as ever, which is naturally fueling frustration with anyone deemed responsible for the lack of forward movement. Indeed, with increasing domestic tensions diverting energy from forward-looking initiatives, some Egyptians are even beginning to wonder whether it would not have been better to stick with the prior system.

What Egyptians are experiencing today is not new; it is familiar to many countries that have gone through a fundamental systemic change. After all, revolutions go far beyond popular uprisings and the overthrow of old regimes. They are dynamic processes that must navigate a number of critical pivot points, including, most importantly, the move from dismantling the past to establishing the basis for a better future.

Some contend that Egypt will not be able to undertake this shift. But, while I acknowledge their arguments, I think that they misunderstand what is fundamentally at play in the country today.

Doubters note that what remains of Egypt’s internal and external institutional anchors serve to retard the revolutionary process rather than to refine and accelerate it. They believe that the country’s growing economic malaise will strengthen the argument for sticking with what Egyptians know, rather than opting for a more uncertain future. Finally, they point to the wait-and-see attitude of Egypt’s friends and allies.

These are all valid and important considerations, but they are not overwhelming. Rather, they are headwinds that can and will be overcome, for they fail to capture a reality that is evident from the sentiments of a broad cross-section of society. Egyptians will not settle for an incomplete revolution – not now, and especially not after all of the sacrifices that have been made.

Related: Sorry Dr Friedman, You Are Wrong – the Middle East Has Fundamentally Changed

Completing their revolution will be not an easy, quick, or smooth process, but it will happen. Egyptians’ collective determination will ensure that, in the revolution’s second year, the country will get a new constitution, hold proper presidential elections, and benefit from a functioning and representative parliament. Having completed the transition, the armed forces will return to their barracks and to safeguarding the country from foreign threats.

Any attempt to divert this legitimate process will be met by millions of Egyptians taking to the streets in protest. Make no mistake: Egyptians are committed to completing their impressive revolution, and they will.