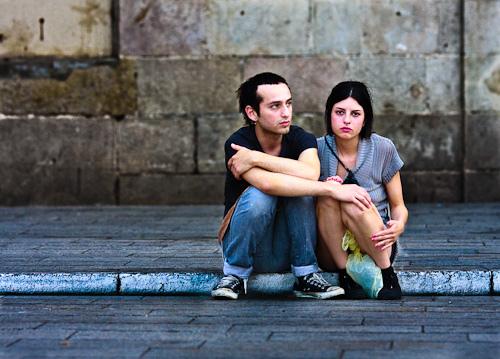 Germany and the ECB are now relying on the hope that large-scale liquidity will buy time to allow the adjustments needed to restore growth and debt sustainability in the eurozone periphery. But, if a eurozone breakup can only be postponed, delaying the inevitable would merely make the endgame worse – much worse.

NEW YORK – Whether the eurozone is viable or not remains an open question. But what if a breakup can only be postponed, not avoided? If so, delaying the inevitable would merely make the endgame worse – much worse.

Germany increasingly recognizes that if the adjustment needed to restore growth, competitiveness, and debt sustainability in the eurozone’s periphery comes through austerity and internal devaluation rather than debt restructuring and exit (leading to the reintroduction of sharply depreciated national currencies), the cost will most likely be trillions of euros.

Indeed, sufficient official financing will be needed to allow cross-border and even domestic investors to exit. As investors reduce their exposure to the eurozone periphery’s sovereigns, banks, and corporations, both flow and stock imbalances will need to be financed. The adjustment process will take many years, and, until policy credibility is fully restored, capital flight will continue, requiring massive amounts of official finance.

Until recently, such official finance came from fiscal authorities (the European Financial Stability Facility, soon to be the European Stability Mechanism) and the International Monetary Fund. But, increasingly, official financing is coming from the European Central Bank – first with bond purchases, and then with liquidity support to banks and the resulting buildup of balances within the eurozone’s Target2 payment system. With political constraints in Germany and elsewhere preventing further strengthening of fiscally-based firewalls, the ECB now plans to provide another round of large-scale financing to Spain and Italy (with more bond purchases).

Thus, Germany and the eurozone core have increasingly outsourced official financing of the eurozone’s distressed members to the ECB. If Italy and Spain are illiquid but solvent, and large-scale financing provides enough time for austerity and economic reforms to restore debt sustainability, competitiveness, and growth, the current strategy will work and the eurozone will survive.

Related: The Euro’s Silver Lining – Why The Doomsayers Are Wrong: Norbert Walter

Related: The Eurozone Exposed – How Europe Can Avoid A Prolonged Depression: Stefano Micossi

In the process, some form of fiscal and banking union may also emerge, together with some progress on political integration. But, however important the fiscal and banking union elements of this process may be, the key is whether large-scale financing and gradual adjustments can restore sustainable growth in time. This will require considerable patience from governments and publics in the core and periphery alike – in the former to maintain large-scale financing, and in the latter to avoid a social and political backlash against years of painful contraction and loss of welfare.

Is this scenario plausible? Just consider what must be overcome:

If a gradual process of disintegration eventually makes a eurozone breakup unavoidable, the path chosen by Germany and the ECB – large-scale financing for the eurozone periphery – would destroy the core central banks’ balance sheets.

Worse still, massive losses resulting from the materialization of credit risk might jeopardize core eurozone economies’ debt sustainability, placing the survival of the European Union itself in question. In that case, surely an “orderly divorce” now is preferable to a messy split down the line.

Related: Greece Must End Its Doomed Marriage With The Eurozone: Nouriel Roubini

Related: Spain in Pain: Why Leaving the Euro Is The Lesser of Two Evils: Michael Pettis

Related: Will August Be A Decisive Turning Point For The Eurozone Crisis?: Kemal Dervis

Of course, a breakup now would be very costly, requiring an international debt conference to restructure the periphery’s debts and the core’s claims. But breaking up earlier could allow the survival of the single market and of the EU. A futile attempt to avoid a breakup for a year or two – after wasting trillions of euros in additional official financing by the core – would mean a disorderly end, including the destruction of the single market, owing to the introduction of protectionist policies on a massive scale. So, if a breakup is unavoidable, delaying it implies much higher costs.

But politics in the eurozone does not permit consideration of an early breakup. Germany and the ECB are relying on large-scale liquidity to buy time to allow the adjustments necessary to restore growth and debt sustainability. And, despite the huge risk implied if a breakup eventually occurs, this remains the strategy to which most of the players in the eurozone are committed. Only time will tell whether betting the house to save the garage was the right move.

Do you have a strong opinion on this article or on the economy? We want to hear from you! Tell us what you think by commenting below, or contribute your own op-ed piece at editorial@economywatch.com.

See also: Can The Eurozone Be Rescued In Time? : Mohamed El ErianSee also: Will August Be A Decisive Turning Point For The Eurozone Crisis?: Kemal Dervis