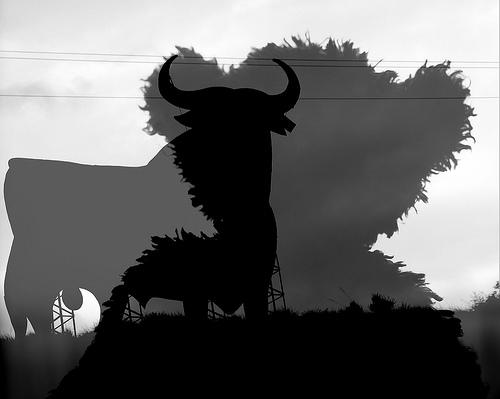 There have been wildly different opinions about China's economic prospects in recent years. While plenty of investors remain very bullish about China, others express doubt about China’s economic future – with some even betting on a major financial catastrophe to happen anytime soon. Why are there two distinct camps on China’s economy and are there statistics to support either side?

China is so vast, its leaders so inscrutable, it’s future so tied to imponderables – including who will succeed premier Wen Jiabao, whether the country can realistically remain a one-party-state and the true depth of state-sponsored graft – that its mid-term economic prospects are hard to gauge. The country faces headwinds, including rising labour costs, the risk of higher inflation, slower demand for its exports, faltering capital flows and high local government debts.

But there are also many positives. Its GDP grew by 9.2 percent last year. And according to the IMF, China's government debt is only 26.9 percent of GDP, well below the 60 percent that is seen as the international threshold for stable state finances, and 2011 fiscal revenue was a record-breaking 10.37 trillion Yuan ($1.64 trillion) which led to a miniscule 1.1 percent of GDP deficit.

Even allowing for bad debts of some $1.7 trillion owed by local governments, the $200 billion or so of non-performing loans which big state-backed banks are said to be nursing, and any other miscellaneous restructuring costs, even the gloomiest forecasts struggle to get the Middle Kingdom's gross debt up above 60 percent.

The smorgasbord of available evidence has lead to some wild differences of opinion about China's near-term prospects. Some hedge fund investors, including Jim Chanos of Kynikos Associates, believe the country is heading to hell in a handcart – in fact Chanos is betting on a major financial catastrophe in the People’s Republic of China, based on a belief that the banking sector is “built on quicksand”.

On February 27, the World Bank added to the negativity, publishing a report titled “China 2030: Building a Modern, Harmonious, and Creative High-Income Society”. Co-written by the Development Research Centre of China’s State Council to make it more palatable to a local audience, the report warned that unless the country radically overhauls its economic model and rebalances towards greater domestic demand, China will face an economic crisis in the next couple of decades, with growth slowing to 5-6 percent in 2030.

Robert Zoellick, president of the World Bank said that, after averaging 10 percent annual growth for the past 30 years, China's export and investment-driven economic model is about to hit the buffers, and advised China's leadership to entrench free-market thinking into their policy-making and dismember many of the country's state-owned enterprises.

Zoellick also said Beijing has become so obsessed with growing the economy that other important issues including “environmental and social disparity issues” have been side-lined. He said the one-child policy has stored up a demographic time bomb.

Related: China’s Ageing Population: Will the Country Grow Old Before It Gets Rich?

Related: China’s 2012 Outlook: The Bad News about the Reserve Cut

Zoellick’s lecture followed a report from the IMF last November which raised a number of red flags about the robustness of China’s financial system, suggesting the country must commercialize its banking system and gradually remove interest rate controls.

Given the state in which so-called 'free market' economics has left many western economies, these sorts of lectures from visiting dignitaries are sometimes seen as vaguely humorous in China.

Such tensions came to surface when Zoellick’s February 28 press conference was interrupted by a protester named Du Jianguo. Du occupied the podium and shouted slogans and distributed leaflets claiming that the World Bank’s prescription would be “poison” for the Chinese economy. According to a Voice of America report, Du said:

Before he was escorted from the room, Du said that, contrary to Zoellick's claims, the World Bank's policies would exacerbate China's already growing wealth gap.

There are plenty of investors who remain very bullish about China, reformed or not. The latest to pour scorn on the Sino-bears is the Conservative MP John Redwood. In a recent blog published, Redwood, who is chairman of Evercore's Asia investment committee who worked in the City of London before becoming a conservative MP in 1987, said:

“Last year the Chinese economy grew by 9 percent. Industrial profits were up by 25 percent. 12.2 million new jobs were created in the cities, where unemployment averages 4.1 percent. The economy is running a substantial trade surplus, official government borrowings are light and the overall tax rate is just 22 percent. The budget deficit is under 2 percent of GDP. 38 percent of the workforce is still employed in agriculture, producing just 10 percent of total economic output. This leaves plenty of scope for more people to come off the land into more productive employment.

"China is formidably well-placed and has handled its transformation well (...) Whereas the 'China price' used to [describe] the cheapest goods at the lowest possible price, the Chinese population is now able to buy the most expensive luxury products in the world at prices no one else can afford (...) in technological terms, China is joining the West coast of the US as a driver of rapid and disruptive change."

Redwood and Anderson make their points very well and convincingly, and China's near term prospects are certainly ameliorated by the possibility that the People's Bank of China will ease interest rates and that the country will relax capital controls to accelerate the global use of the Yuan. However there's also much that can go wrong so for now I'm still inclined to side with the bears.

Gauging China's economic future: fair to middling is republished with permission from the QFinance Blog. Get the QFinance Dictionary of Business and Finance iOS app for a comprehensive guide to financial terms and expressions.