Capitalism’s Pallbearers: The Companies That Run, & Could Destroy, The Global Economy 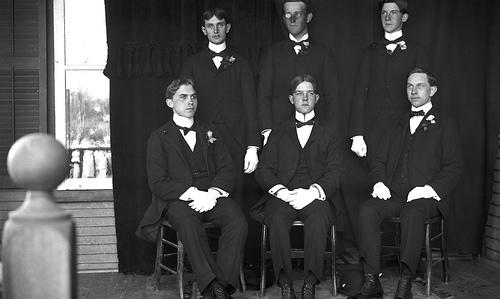 Systems analysts have shown that a “super entity” of interconnected transnationals dominate the world economy. Their political power is such that even politicians fear the consequences of breaking their monopoly. But unless something can be done, the whole system is a ‘house of cards’ that could collapse at any moment.

According to a recent study conducted by the world-renowned Swiss Federal Institute of Technology in Zurich, the global economy is presently dominated by a “super-entity” made up of 147 transnational companies (TNCs), all of which possess an immense level of economic and political power.

The analysts first began by using sophisticated mathematical analysis, provided by Swiss systems theorists, to narrow down a list of 43,060 TNCs, plucked from a database of 37 million companies and investors worldwide, to a central core of 1,318 companies with interlocking ownerships. The 1,318 companies represented 20 percent of global operating revenues; and significantly, also owned collectively through shares most of the world’s biggest industrial and manufacturing companies. In other words, not only were these companies controlling the financial economy, but they were also controlling the real economy as well, which represented a further 60 percent of global revenues.

Upon further analysis of the data, the Swiss researchers soon traced the interconnectedness back to a “super-entity” of 147 companies controlling 40 percent of the network. Of these companies, most were financial institutions, including the world’s number one - Barclays Bank, as well as JPMorgan Chase & Co, and The Goldman Sachs Group. The Western world also dominated the list, with 28 out of the top 50 being American companies, while a further 8 came from the UK. Only five companies from outside the Western world were represented, with four from Japan and one from China.

Professor Bill Carroll, a sociologist at the University of Victoria in Canada, and the author of The Making of a Transnational Capitalist Class, had this to say:

“The research shows the dangers of corporate cross-shareholding. Financial institutions own pieces of each other and also lend to each other, so the whole system is like a house of cards. Once debt is considered major it can have an enormous impact, there is a freezing up of the world’s credit system due to lack of trust.”

The Zurich study also made it clear to Professor Carroll why the capacity for financial panic was so strong in the world economy.

“The financial institutions don’t know if they can trust the institutions they’ve been lending to,” he said. “The sole purpose of a small group of investment management companies is to own and trade shares. They have investments in many companies and move them around agilely. This is casino capitalism - changing bets often on an opportunistic basis. And it is a major part of the instability in the global system.”

Professor Carroll added that the trend towards financialization – reducing value to financial instruments, or derivatives - was destabilising.

“The paper economy, which is represented by the core companies in the Zurich study, now dominates the ‘real economy’. Various claims to profit like corporate shares, derivatives, hedge funds, and other financial instruments have been invented to deal with a structural problem, which is the over-accumulation of capital. As capital is accumulating, new profit has to be placed back into profit investment and there are limited possibilities in the real economy.”

Like Professor Carroll, Professor Jerry Epstein, an economist at the University of Massachusetts Amherst, is also studying the dangers of concentrating enormous financial power in a few institutions. He is producing a study for New Economic Thinking of the US banks, considering the question: “Just How Big Is Too Big”.

Professor Epstein said the most striking aspect of the Swiss research was the revelation of extreme interconnectedness between the financial and industrial sectors, which no previous study had exposed. He said it helped to clear up an intriguing puzzle about political power that had perplexed many economists.

“When that happened in the 1930s, it wasn’t just labour in England and the US that rose up against finance, but also industrial corporations. They supported the move towards a more social-democratic regime, which included stricter regulations of financial markets. So far today that’s not happening.

“This time around the big industrial corporations have been quiet about the problems of the financial sector and didn’t come out strongly favour of the Dodd-Frank financial reforms in the US. The Zurich study’s analysis of the cross-holding of equity, which emanates from a lot of large financial institutions, helps to explain why there isn’t more political division between finance and industry. This has serious political ramifications because new forms of social democracy traditionally emerged from the coalition between labour and industry against financial capital.”

The political power of the dominant financial institutions is also implemented through what Professor Epstein calls “structural blackmail”.

“The Swiss study shows contagion can bring down the whole system through interconnectedness. This crucial role gives the financial firms leverage for structural blackmail. They can say to regulators ‘if you do anything to harm us, we are able to take the whole sucker down’. That’s exactly what has been happening at the bargaining table in Brussels. The Germans and French make demands and they say ‘you will bankrupt the whole economy’. The data in the Zurich report gives real empirical evidence of dangerous interconnectedness, which gives them more political power.”

“Now the corporations and financial institutions operate globally, they have a trump card which is the threat of a ‘capital strike’,” he said. “When capital strikes it loses confidence in a particular economy, or currency, and withdraws its capital rather than labour. It’s a disciplinary measure used against reform-minded governments. The last government to put forward a fairly ambitious reform package was France’s Mitterand government, and it succumbed to a ‘capital strike’. Financial institutions threatened to desert France and forced the Government to abandon its reforms. When capital has options in a globalised world, it can quickly move out of one currency and into another.”

The pressure against government reforms is increased by the fact that financial donors are usually paying for election campaigns, added Professor Caroll.

“In the US, any elected president who comes into office with plans for reforms - and this was true of Bill Clinton as well as Barack Obama - soon gets things explained to them.”

As a result of the political restrictions, Governments in Europe and the US have not dared to address the problems of financialization and the extreme concentration of economic power since the 2008 crash.

“We are left with a ticking time bomb and it’s likely we are on the verge of another major crash,” said Professor Carroll.

See also: Marx was Right – Capitalism is on a Self-Destructive Path: Nouriel Roubini