Capitalism On Strike – Why Corporations Are Hoarding Cash: Mark Spitznagel 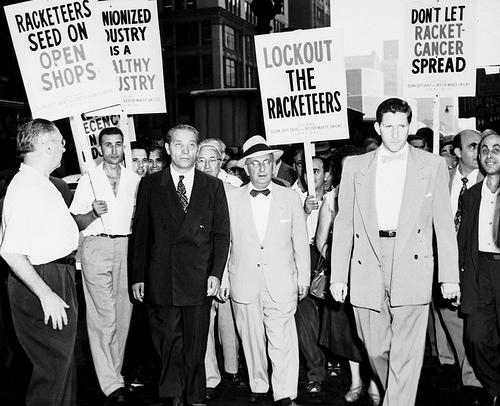 Corporations, today, are holding the largest amounts of cash, relative to assets and net worth, ever recorded. The velocity of money (the frequency at which money is spent, or GDP relative to base money) also continues to plunge to historic lows. But why are companies deciding to hoard cash, when more capital investment is needed to stir economic growth?

LOS ANGELES – Capitalism’s greatest strength has been its resiliency – its ability to survive the throes and challenges of crises and business cycles to fuel innovation and economic growth. Today, however, more than four years into a credit crisis, a conspicuous enigma calls this legacy into question.

Despite recent hopes of recovery in the US, including an inventory catch-up in the fourth quarter of 2011, real US GDP growth has remained persistently below trend. Moreover, although seasonally adjusted January employment data have brought the unemployment rate down to 8.3 percent (while total jobs were actually lost in January), the more realistic rate of “underemployment” remains over 15 percent and the labour-force participation rate is at a record 30-year low. And the US is clearly not alone in its malaise, with the eurozone fighting a far more urgent sovereign-debt crisis.

So, why is this time different? The answer lies in Ayn Rand’s rhetorical invocation of despair in her 1957 epic Atlas Shrugged: “Who is John Galt?” Simply put, when the state seizes the incentives and drivers of capital investment, owners of capital go on strike.

Rand portrays innovative industrialists as akin to Atlas in Greek mythology, carrying on his back a dystopian world of growing and overbearing collectivist government. The hero, John Galt, calls for them all to shrug, to “stop the motor of the world” by withdrawing from their productive pursuits, rather than promoting a world in which, under the guise of egalitarianism, incentives have been usurped in order to protect the politically connected from economic failure.

Today, Rand’s fictional world has seemingly become a reality – endless bailouts and economic stimulus for the unproductive at the expense of the most productive, and calls for additional taxation on capital investment. The shrug of Rand’s heroic entrepreneurs is to be found today within the tangled ciphers of corporate and government balance sheets.

The US Federal Reserve has added more than $2 trillion to the base money supply since 2008 – an incredible and unprecedented number that is basically a gift to banks intended to cover their deep losses and spur lending and investment. Instead, as banks continue their enormous deleveraging, almost all of their new money remains at the Fed in the form of excess reserves.

Related: China Mobile Is Sitting On More Cash Than Apple

Hoarded cash is king. The velocity of money (the frequency at which money is spent, or GDP relative to base money) continues to plunge to historic lows. No wonder monetary policy has had so little impact. Capital, the engine of economic growth, sits idle – shrugging everywhere.

Rand, perhaps better than any economic observer, underscored the central role of incentives in driving entrepreneurial innovation and risk-taking. Whittle away at incentives – and at the market’s ability to communicate them through price signals – and you starve the growth engine of its fuel. Alas, central bankers, with their manipulation of interest rates and use of quantitative easing, patently neglect this fact.

Interest rates are more than a mere economic input that determines levels of saving and investment. Rather, as the Austrian economist Ludwig von Mises emphasized, they are a reflection of people’s aggregate time preference – or desire for present versus future satisfaction – not a determinant of it.

Interest rates thus incentivize and convey to entrepreneurs how to allocate capital through time. For example, lower interest rates and cost of capital raise the relative attractiveness of cash flows further in the future, and capital investment increases – the system’s natural homeostatic response to higher savings and lower consumption.

State manipulation of interest rates, however, does not influence time preference, even though it signals such a change. The resulting inconsistency creates distortions: as with any price control, capital receives an incentive to flow to investment that is inconsistent with actual supply and demand.

The Fed is purposefully and insidiously distorting the incentive system – specifically, signals provided by the price of money – resulting in mal-investment (and, when public debt is monetized, inflation). This can continue for a time, rewarding unproductive investments and aspiring oligarch-speculators who presume that the Fed has eliminated risk. But, as Rand reminds us, at some point the jig is up.

Today, after the largest credit expansion in history, that point has clearly been reached. Impassive capital now ignores deceptive market signals, and the liquidation of untenable mal-investment percolates through the system as immutable time preferences prevail.

The state, in the long run, simply cannot direct entrepreneurs to lend, borrow, and invest; investment capital will inevitably shrug when faced with oppressive manipulation of free markets. When that happens, we see the true result of loose monetary policy: not the creation of more economic activity, but the destruction of the natural mechanism of economic coordination and adjustment, robbing the system of its resilience. In effect, monetary policy has “stopped the motor of the world.”

At the conclusion of Atlas Shrugged, Galt aims to restore the old system anew as the collectivist regime crumbles. Will something like that, too, happen in our own dystopian world (in which all remaining Republican US presidential candidates seem to favour firing Fed Chairman Ben Bernanke)? How long must capital wait for the day when, free of distorted incentives, the engine of growth is fueled and humming again?

Mark Spitznagel is the founder and chief investment officer of Universa Investments, a California-based hedge fund. Spitznagel was recently listed by the Wall Street Journal's as of the top 5 hedge-fund managers to look out for in 2012.