Capital Controls & Currency Wars: Will The G-20 Get It Right? 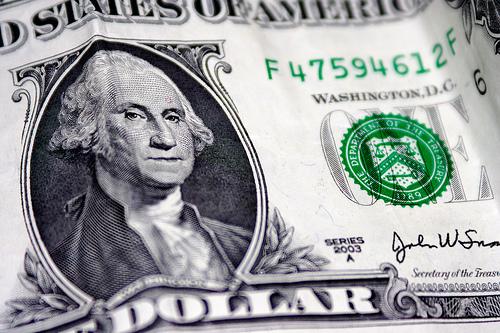 In April this year, the IMF published a preliminary set of guidelines for capital controls that would impose a “code of conduct” for governments that wished to regulate the flow of capital in and out of their capital accounts. It was hoped that these regulations would ensure that nations involved in currency intervention would not go out of hand. But while the IMF’s proposed code was a step in the right direction, much of it has eventually been proven to be a misguided effort.

NEW YORK – When French President Nicolas Sarkozy took the reins as host of this year’s G-20 summit, to be held in Cannes on November 3-4, he called on the International Monetary Fund to develop an enforceable “code of conduct” for the use of capital controls (or capital-account regulations, as we prefer to call them) in the world economy. The IMF followed through by publishing a preliminary set of guidelines this past April.

Regulation of cross-border capital flows has been strangely absent from the G-20’s agenda, which is aimed at strengthening financial regulation. But they are a central element in the financial volatility that incited calls for stronger regulation in the first place. The IMF has shown that those countries that deployed capital-account regulations were among the least hard-hit during the worst of the global financial crisis. Since 2009, it has accepted and even recommended that such regulations are useful to manage the massive inflows of “hot money” into emerging markets.

That said, while the IMF’s proposed code is a step in the right direction, it is misguided. So, the G-20’s endorsement of the Fund’s guidelines would not be wise for a world economy trying to recover from one financial crisis while preventing the next one.

With low interest rates and a slow recovery in the developed countries, accompanied by high interest rates and rapid growth in emerging markets, the world’s investors flocked from the former to the latter – Brazil, Chile, South Korea, Taiwan, and others. Then, in recent months, they flocked out of those emerging countries, showing once again how volatile and dangerous such flows are.

Indeed, as the IMF has pointed out in its World Economic Outlook, these flows threaten to inflate asset bubbles, make it harder for countries to pursue an independent monetary policy, and trigger currency appreciation and associated losses in export competitiveness. Brazil’s currency, for instance, appreciated more than 40 percent from 2009 until August 2011, before weakening in recent months.

Some countries responded by doing nothing, but many, including industrialized countries like Japan and Switzerland, intervened heavily in currency markets. Some resorted to capital-account regulations on inflows, such as taxes on the foreign purchases of bonds, equities, and derivatives, reserve requirements on short-term inflows, and so forth.

Brazil’s finance minister referred to these numerous actions as the “currency wars.” This is where Sarkozy came in, using his platform as G-20 host to try to forge a set of enforceable guidelines to govern capital-flow management.

The IMF’s proposed guidelines recommend that countries deploy capital-account regulations only as a last resort – that is, after such measures as building up reserves, letting currencies appreciate, and cutting budget deficits. In response to these suggestions, an independent Task Force, made up of former government officials and academics, was established to examine the use of capital-account regulations and come up with an alternative set of guidelines for the use of such regulations in developing countries.

Among other findings and recommendations, our task force pointed out that in the cases where the IMF found capital-account regulations to be effective, such measures were part of a broader macroeconomic toolkit, and were deployed early on, alongside other measures, not as a “last resort.” Unless countries have signed trade and investment treaties that restrict the use of such regulations (and many have), the IMF’s Articles of Agreement give them full policy scope to manage capital flows as they see fit. Consigning such measures to “last resort” status would reduce the available options precisely when countries need as many tools as possible to prevent and mitigate crises.

Rather than embracing a globally enforceable code of conduct that could paradoxically lead to a compulsory opening of capital accounts across the globe, the IMF, the G-20, the Financial Stability Board, and other bodies should try to reduce the stigma attached to capital-account regulations and protect countries’ ability to deploy them. Indeed, the IMF could help countries to prevent evasion of the regulations, and, together with the G-20 and the FSB, should lead a global dialogue about the extent to which countries should coordinate such regulations.

Countries’ interests are considerably aligned in favor of such coordination. Industrialized economies are seeking to recover from the crisis, and want credit and capital to stay home to boost growth, while developing countries have little interest in gaining short-term capital inflows. This could form the basis for industrialized countries to adjust their tax codes and deploy other types of regulation to keep capital at home, while emerging markets implement measures aimed at changing the composition and reducing the level of potentially destabilizing inflows.

See also: Remedies For An Ailing Economy - How To Avert A Crisis: Nouriel Roubini