Can The “Wild Beast of Finance” Be Tamed? 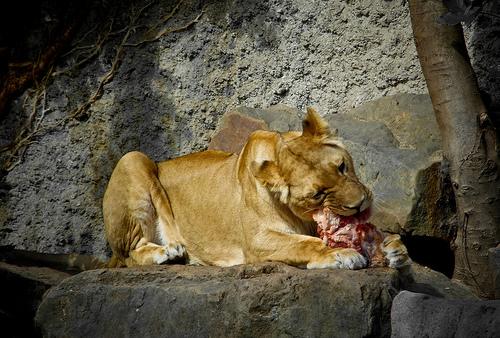 The re-regulation of derivatives has been a subject of enormous debate. After the US government completely deregulated over-the-counter derivatives back in 1999-2000, many critics argued that the complexity and lack of transparency in the market amplified the problems of the 2008 financial crisis. However, proponents say that the flexibility of OTC derivatives provide for financial innovation and user customization. As such, should the “wild beast of finance” be tamed, and more importantly, can it even be tamed in the first place.

Ironically,derivatives were developed as a way for corporates, investors and financial institutions to mitigate and manage risk. However, the global financial crisis taught us that, far from reducing risk, over-the-counter derivatives, which were completely deregulated by the US government in 1999-2000, actually amplify it.

Governments and policymakers are determined to drag derivatives trading and clearing, kicking and screaming into the daylight, in the belief that, if they can tame this "wild beast of finance," it will prevent further blow-outs like the recent collapse of brokerage MF Global, and safen the global financial system.

”Critics argue that without full standardization, markets will remain opaque and lack transparency. They allege that the lack of formalized trading and poor price discovery allows dealers to earn substantial economic rents from trading. Derivatives dealers cite Walter Bagehot’s famous observation about the English monarchy, ‘We must not let daylight in upon the magic’.”

At their Pittsburgh summit in September 2009, the G20 leaders vowed to shift all trading of OTC derivatives onto regulated exchanges or trading platforms by 2012, by which date they also decreed that all derivatives trades should be cleared via central counter-parties (CCPs). The G20 also said that all OTC derivative contracts should be reported to trade repositories, and that non-centrally-cleared contracts should be subject to higher capital requirements. This was at a time when the world was pretty much unanimous in its response to the crisis and was moving in an eminently sensible direction.

The G20 asked the Financial Stability Board (FSB) -where Canadian central bank governor Mark Carney recently took over as chairman – to monitor the progress made by the world’s governments and regulators towards meeting these goals. The FSB was also tasked with reducing opportunities for regulatory arbitrage by ensuring that gaps, discrepancies and/or overlaps between jurisdictions are minimized.

Post-Dodd-Frank in the US, the Commodity Futures Trading Commission (CFTC) and Securities and Exchange Commission (SEC) have been sharing the complex task of drafting hundreds of rules. In Europe, the EU is seeking to implement the necessary reforms in time for the 2012 deadline, using new legislation under both the European Market Infrastructure Regulation (EMIR), and the Markets in Financial Instruments Directive (MiFID).

But how well are the various national regulators and policymakers getting on with their attempts to defuse what is widely seen as the ticking time-bomb of the $600 trillion global OTC derivatives market?

Unfortunately, not too well. The pace of reform laid down by the G20 was hugely ambitious, especially given the recent budget cuts at the CFTC and the clashes between the SEC and CFTC for example over rules for swap execution facilities (SEFs), as well as the apparent obstructiveness of vested interests, in the cartel of four investment banks which largely control the market.

John Taft, who recently stepped down as head of Sifma, the US financial lobby group, recently warned that the reforms could take up to five years to implement. Taft, who leads Royal Bank of Canada's wealth management division in the Americas, told the Financial Times:

“We’re years away from the reform process being complete ... We’re talking about three years, maybe five years ... Just looking at Dodd-Frank, there were 225 rules; we’ve only finalized about 40 or 50 of them. There are hundreds that have yet to be written and those that are written are likely to be subject to challenge or further tweaks down the road.”

In a ProPublica article Jesse Eisinger gave a flavor of the mountain that policymakers and regulators still have to climb:

"They are replacing an opaque system prone to failures with a new, huge Rube Goldberg-like system that may reduce global financial risk. Or it may not. Nobody knows, not least the regulators themselves ... We have an explosion of clearinghouses. We have clearinghouses for different asset classes. We have competing clearinghouses. We have clearinghouses in the United States, Europe and Asia. Dodd-Frank implicitly supports this ‘let a thousand flowers bloom’ approach ... A multiplicity of small ones is dangerous, according to Frank Partnoy, a professor of law and finance at the University of San Diego. The fragmentation means that safety is likely to be an illusion."

The EU remains confident it will have its framework for derivatives clearing legislation in place by next month, and still claims that its reforms of the OTC market will take effect by December 2012. However, the EU may turn out to be delusional. What sorts of derivatives should fall under European Market Infrastructure Regulation (EMIR) has, for example, been the subject of heated debate.

Britain wanted the European Market Infrastructure Regulation (EMIR) to apply to all types of derivative, but Germany wanted it restricted to standardized OTC contracts (including interest rate swaps and credit default swaps) with exchange-traded derivatives excluded. The MiFID review should be the subject to months of negotiations between the European Parliament and European Council and is not expected to take effect until 2014 at the earliest.

The trouble the regulators face as they seek to force trading and clearing into the open, is that the market is just so darned convoluted, complex and hard to comprehend. Here's more from the excellent Satyajit Das:

"The system of exclusions and exemptions also sets up complex loopholes, begging to be exploited. Standardized contracts may be restructured into non-standard instruments that do not require clearing. Dealers may be able to restructure organizationally to avoid clearing requirements for parts of their business. Large derivative users, not classed as swap dealers, but systemically significant, may be excluded."

Some are hoping that the attempts of policymakers and the regulators to marshal this crazy and wild market onto regulated exchanges and through central counterparties are quixotic, that they may have embarked on an impossible task – as futile as trying to herd cats or rake water uphill.

Now the genie of the "Wild Beast of Finance" is out of the bottle, the argument goes, there's no way of getting it back in. Many market participants -traders and the like-, whose institutions can make spectacular profits from the unregulated market, certainly seem to hope so. They warn darkly that the policymakers and regulators have got the balance wrong, and that in their drive to reduce systemic, risk-diminishing liquidity and pushing up transaction costs for derivatives users (and bonuses for the investment bankers who trade them).

Given the parenthesis, I suspect this probably self-serving hogwash. In my view, the regulators who are working on this absolutely critical project desperately need to be properly funded, and they should be strongly encouraged to stick to their timetables.

The world is making a meal of OTC derivatives re-regulation is republished with permission from the QFinance Blog. Get the QFinance Dictionary of Business and Finance iOS app for a comprehensive guide to financial terms and expressions.