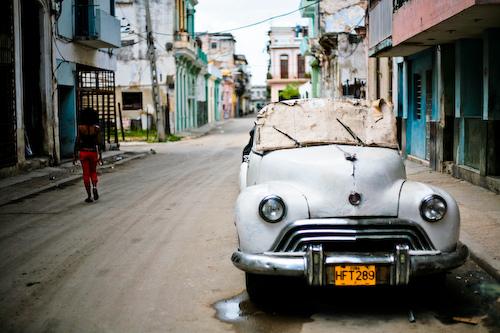 To break the cycle of poverty, a country needs to invest in its people. Governments have the unique role to play to ensure that all young members of a generation – the poor children as well as rich ones – have a chance. Yet many societies around the world fail to meet the challenge of ensuring basic health and a decent education for each generation of children.

NEW YORK – A country’s economic success depends on the education, skills, and health of its population. When its young people are healthy and well educated, they can find gainful employment, achieve dignity, and succeed in adjusting to the fluctuations of the global labour market. Businesses invest more, knowing that their workers will be productive. Yet many societies around the world do not meet the challenge of ensuring basic health and a decent education for each generation of children.

Why is the challenge of education unmet in so many countries? Some are simply too poor to provide decent schools. Parents themselves may lack adequate education, leaving them unable to help their own children beyond the first year or two of school, so that illiteracy and innumeracy are transmitted from one generation to the next. The situation is most difficult in large families (say, six or seven children), because parents invest little in the health, nutrition, and education of each child.

Yet rich countries also fail. The United States, for example, cruelly allows its poorest children to suffer. Poor people live in poor neighbourhoods with poor schools. Parents are often unemployed, ill, divorced, or even incarcerated. Children become trapped in a persistent generational cycle of poverty, despite the society’s general affluence. Too often, children growing up in poverty end up as poor adults.

Related Story: Rich Nations, Poor People: The Cause For Rising Poverty In The Western World

Related Infographic: Which Are the “Most Educated” Countries in the World?

A remarkable new documentary film, The House I Live In, shows that America’s story is even sadder and crueller than that, owing to disastrous policies. Starting around 40 years ago, America’s politicians declared a “war on drugs,” ostensibly to fight the use of addictive drugs like cocaine. As the film clearly shows, however, the war on drugs became a war on the poor, especially on poor minority groups.

In fact, the war on drugs led to mass incarceration of poor, minority young men. The US now imprisons around 2.3 million people at any time, a substantial number of whom are poor people who are arrested for selling drugs to support their own addiction. As a result, the US has ended up with the world’s highest incarceration rate – a shocking 743 people per 100,000!

The film depicts a nightmarish world in which poverty in one generation is passed on to the next, with the cruel, costly, and inefficient “war on drugs” facilitating the process. Poor people, often African-Americans, cannot find jobs or have returned from military service without skills or employment contacts. They fall into poverty and turn to drugs.

Instead of receiving social and medical assistance, they are arrested and turned into felons. From that point on, they are in and out of the prison system, and have little chance of ever getting a legal job that enables them to escape poverty. Their children grow up without a parent at home – and without hope and support. The children of drug users often become drug users themselves; they, too, frequently end up in jail or suffer violence or early death.

What is crazy about this is that the US has missed the obvious point – and has missed it for 40 years. To break the cycle of poverty, a country needs to invest in its children’s future, not in the imprisonment of 2.3 million people a year, many for non-violent crimes that are symptoms of poverty.

Many politicians are eager accomplices to this lunacy. They play to the fears of the middle class, especially middle-class fear of minority groups, to perpetuate this misdirection of social efforts and government spending.

The general point is this: Governments have a unique role to play to ensure that all young members of a generation – poor children as well as rich ones – have a chance. A poor kid is unlikely to break free of his or her parents’ poverty without strong and effective government programs that support high-quality education, health care, and decent nutrition.

Related Infographic: Why America Must Address Its Rising Healthcare Costs

This is the genius of “social democracy,” the philosophy pioneered in Scandinavia, but also deployed in many developing countries, such as Costa Rica. The idea is simple and powerful: All people deserve a chance, and society needs to help everybody to secure that chance. Most important, families need help to raise healthy, well-nourished, and educated children. Social investments are large, financed by high taxes, which rich people actually pay, rather than evade.

This is the basic method to break the intergenerational transmission of poverty. A poor child in Sweden has benefits from the start. The child’s parents have guaranteed maternity/paternity leave to help them nurture the infant. The government then provides high-quality day care, enabling the mother – knowing that the child is in a safe environment – to return to work. The government ensures that all children have a place in preschool, so that they are ready for formal schooling by the age of six. And health care is universal, so the child can grow up healthy.

A comparison of the US and Sweden is therefore revealing. Using comparable data and definitions provided by the Organization for Economic Cooperation and Development, the US has a poverty rate of 17.3%, roughly twice Sweden’s poverty rate of 8.4%. And America’s incarceration rate is 10 times Sweden’s rate of 70 people per 100,000. The US is richer on average than Sweden, but the income gap between America’s richest and poorest is vastly wider than it is in Sweden, and the US treats its poor punitively, rather than supportively.

One of the shocking realities in recent years is that America now has almost the lowest degree of social mobility of the high-income countries. Children born poor are likely to remain poor; children born into affluence are likely to be affluent adults.

This inter-generational tracking amounts to a profound waste of human talents. America will pay the price in the long term unless it changes course. Investing in its children and young people provides the very highest return that any society can earn, in both economic and human terms.

Related Story: The Pursuit of Happiness – Will Economic Objectives Stand in the Way? : Jeffrey D. Sachs

Jeffrey D. Sachs is a Professor of Economics and the Director of the Earth Institute at Columbia University. He is also a Special Adviser to the United Nations Secretary-General on the Millennium Development Goals, as well as being the founder and co-President of the Millennium Promise Alliance, a non-profit organization dedicated to ending extreme poverty and hunger. Sachs has authored numerous books, including The End of Poverty and Common Wealth. In 2004 and 2005, He was named among Time Magazine's "100 Most Influential People in the World”.