Beware The Bounce – Why The US Economy Is Still In Trouble: Nouriel Roubini 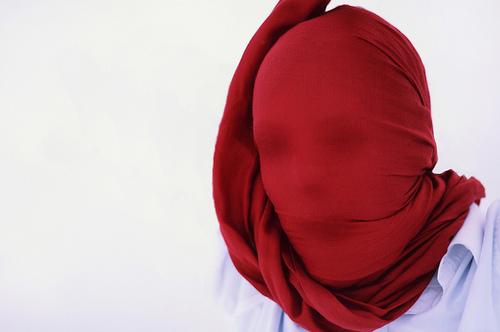 Recent  favourable macroeconomic data has suggested that the US economy could be back on track. But the recent uplift in the economy only hides more fundamental problems, and the US still remains in the early stages of a deleveraging cycle.

NEW YORK – Macroeconomic indicators for the United States have been better than expected for the last few months. Job creation has picked up. Indicators for manufacturing and services have improved moderately. Even the housing industry has shown some signs of life. And consumption growth has been relatively resilient.

But, despite the favorable data, US economic growth will remain weak and below trend throughout 2012. Why is all the recent economic good news not to be believed?

First, US consumers remain income-challenged, wealth-challenged, and debt-constrained. Disposable income has been growing modestly – despite real-wage stagnation – mostly as a result of tax cuts and transfer payments. This is not sustainable: eventually, transfer payments will have to be reduced and taxes raised to reduce the fiscal deficit. Recent consumption data are already weakening relative to a couple of months ago, marked by holiday retail sales that were merely passable.

At the same time, US job growth is still too mediocre to make a dent in the overall unemployment rate and on labor income. The US needs to create at least 150,000 jobs per month on a consistent basis just to stabilize the unemployment rate. More than 40 percent of the unemployed are now long-term unemployed, which reduces their chances of ever regaining a decent job. Indeed, firms are still trying to find ways to slash labor costs.

Moreover, the recent bounce in investment spending (and housing) will end, with bleak prospects for 2012, as tax benefits expire, firms wait out so-called “tail risks” (low-probability, high-impact events), and insufficient final demand holds down capacity-utilization rates. And most capital spending will continue to be devoted to labour-saving technologies, again implying limited job creation.

At the same time, even after six years of a housing recession, the sector is comatose. With demand for new homes having fallen by 80 percent relative to the peak, the downward price adjustment is likely to continue in 2012 as the supply of new and existing homes continues to exceed demand. Up to 40 percent of households with a mortgage – 20 million – could end up with negative equity in their homes. Thus, the vicious cycle of foreclosures and lower prices is likely to continue – and, with so many households severely credit-constrained, consumer confidence, while improving, will remain weak.

Given anemic growth in domestic demand, America’s only chance to move closer to its potential growth rate would be to reduce its large trade deficit. But net exports will be a drag on growth in 2012, for several reasons:

•       The dollar would have to weaken further, which is unlikely, because many other central banks have followed the Federal Reserve in additional “quantitative easing,” with the euro likely to remain under downward pressure and China and other emerging-market countries still aggressively intervening to prevent their currencies from rising too fast.

•       Slower growth in many advanced economies, China, and other emerging markets will mean lower demand for US exports.

•       Oil prices are likely to remain elevated, given geopolitical risks in the Middle East, keeping the US energy-import bill high.

It is unlikely that US policy will come to the rescue. On the contrary, there will be a significant fiscal drag in 2012, and political gridlock in the run-up to the presidential election in November will prevent the authorities from addressing long-term fiscal issues.

Given the bearish outlook for US economic growth, the Fed can be expected to engage in another round of quantitative easing. But the Fed also faces political constraints, and will do too little, and move too late, to help the economy significantly. Moreover, a vocal minority on the Fed’s rate-setting Federal Open Market Committee is against further easing. In any case, monetary policy cannot address only liquidity problems – and banks are flush with excess reserves.

Most importantly, the US – and many other advanced economies – remains in the early stages of a deleveraging cycle. A recession caused by too much debt and leverage (first in the private sector, and then on public balance sheets) will require a long period of spending less and saving more. This year will be no different, as public-sector deleveraging has barely started.

Finally, there are those tail risks that make investors, corporations, and consumers hyper-cautious: the eurozone, where debt restructurings – or worse, breakup – are risks of systemic consequence; the outcome of the US presidential election; geo-political risks such as the Arab Spring, military confrontation with Iran, instability in Afghanistan and Pakistan, North Korea’s succession, and the leadership transition in China; and the consequences of a global economic slowdown.

Given all of these large and small risks, businesses, consumers, and investors have a strong incentive to wait and do little. The problem, of course, is that when enough people wait and don’t act, they heighten the very risks that they are trying to avoid.