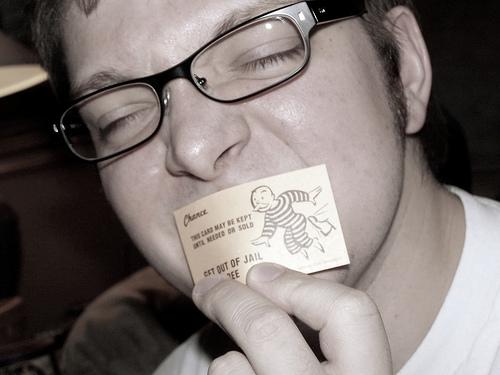 Out-of-court settlements, such as the one involving Standard Chartered announced recently, do little to alter bankers' behaviour or to put the global financial system on sounder footing – and may even promote financial crime.

Last Tuesday, Benjamin Lawsky, superintendent of financial services for New York State, reached an out-of-court settlement with Standard Chartered. The Asia-focused bank agreed to a fine of $340 million and to allow monitors and examiners of his choice reporting to the New York State department of financial services to be installed in its New York branch to ensure it is abiding by anti-money laundering legislation. This followed the August 6 order, in which Lawsky found the bank to have hidden an astonishing $250bn worth of illicit transactions for Iran and Iran-based clients

This is a fantastic deal for Standard Chartered but may not be such a good one for the financial system. Why should bankers and banks that commit crimes be offered get-out-of-jail arrangements along these lines?

Related: Who Watches The Financial Watchdogs In The UK?

The list of recent out-of-court settlements involving banks and financial institutions in the United States is a long and ignoble one. Here are some edited highlights:

• Most of the banks that aided and abetted the litany of frauds and sham transactions that enabled to Enron to falsify its financial position settled out of court. The only bankers who were jailed were the 'NatWest Three', who some believe were used as a scapegoat by RBS to keep its alleged role out of the limelight, and three executives from Merrill Lynch, who were jailed for the "Nigeran Barges" transaction but later had their convictions quashed on appeal.

• On August 29th, 2005, KPMG admitted to criminal wrongdoing over a multi-billion dollar tax fraud in the US and agreed to pay $456 million in fines and settlements as part of an agreement with the Department of Justice and the Internal Revenue Service This settlement was reached because the US authorities were concerned that pursuing KPMG in a criminal trial would have destroyed the firm. They did not believe it would be anyone's interests for the ‘Big Four’ auditors to become the ‘Big Three’.

• On July 15th, 2010, Goldman Sachs paid $550 million to settle the Abacus 2007-AC1 securities fraud complaint brought by the SEC. Goldman had misrepresented the mortgage bond portfolio in the synthetic CDO and, specifically, who had selected it.

• On August 16th, 2010, Barclays paid a $298 million fine to settle criminal charges after admitting to surreptitiously processing $500 million of transactions with financial institutions in Cuba, Iran, Libya, Myanmar and Sudan in violation of US sanctions. Barclays accepted that staff at its Dorset payment processing centre had doctored international money transfers between 1995 and 2006 to disguise the involvement countries barred from accessing the US financial system.

• On November 28th, 2011 RBS agreed to a $52 million settlement over the selling, financing, packaging and securitization of subprime mortgages in the Massachusetts.

• On June 12th, 2012, ING paid $619 million to settle charges that it falsified financial records to enable countries including Cuba and Iran to bypass US trade sanctions. The fine related to the illegal channeling of $2 billionn through the US financial system from the early 1990s to 2007 via more than 20,000 transactions on behalf of Cuba and Iran.

The trouble is that, when compared the overall profits of the institutions' concerned, the penalties concerned are miniscule.

The fact the fines are not met by corporate executives but born by shareholders and sometimes the firms' insurers, means no one is really held to account. They do little to prompt soul-searching or do not seem to do much to alter behaviour.

In fact, banks tend to regard such out-of-court settlements as the ordinary citizen would a parking fine or speeding tickets – mildly irritating, a public relations blip, but just another cost of doing business. After the Barclays $298 million settlement mentioned above, Judge Emmet Sullivan told the federal court in Washington:

“The perception is that no one is treating white collar crime seriously." He complained that bank executives "come into court, plead guilty, go back on the subway, go home and watch soap operas and life goes on".

Sullivan is not the only US judge to resent such deals. In November 2011, Federal Judge Jed Rakoff rejected a $285 million settlement between SEC and Citigroup relating to duping customers into buying into toxic, subprime-infested mortgage bonds that the bank was secretly short-selling. Rakoff rejected the proposed out-of-court deal in November and ordered a trial. The SEC, apparently eager to protect Citi, has challenged Rakoff's decision in the courts.

My belief is that deals along these lines, which would of course be unthinkable for ordinary criminals, should be stopped. They may give the appearance of justice. But, in the end of the day, they are an outcome of a flawed and 'captured' regulatory system that give 'white collar' criminals and perpetrators of financial crimes a free pass, while forcing their shareholders to pick up the tab, at the same time as often burying the true nature of their crimes.

Finance's Augean stables not going to be cleaned out unless bank executives, their banks (and indeed their auditors) face the consequences of their own actions.

Unless bankers face consequences of their actions, the Augean stables will not be cleaned out is republished with permission from the QFinance Blog. Get the QFinance Dictionary of Business and Finance iOS app for a comprehensive guide to financial terms and expressions.