Appetite For Self-Destruction: Have Rating Agencies Lost The Plot? 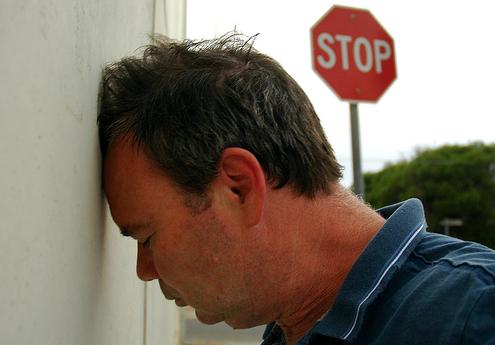 If Moody’s, Fitch and Standard & Poor’s had a decent public relations consultant he/she would advise a calm period of low profile, or, in other words, the exact opposite strategy to the headline-chasing frenzy that appears to have gripped all three agencies. It is as if they are desperate to get the message across that hey, they’re not afraid of downgrading anything any more. But simply firing out downgrades cannot undo the damage they did to themselves prior to the financial crisis when they were happily dishing out AAA ratings to rubbish securitized packages of mortgages.

In his 1960s iconic book, Armies of the Night, Norman Mailer reflects on the dangers of getting caught on a moral ladder. Faced with the choice between protesting the Vietnam War by provoking his own arrest or quietly going home, Mailer decided that moral ladders were inherently dangerous, even suicidal, things to get caught on, and perhaps the most morally responsible thing one can do once one has grasped said situation, is to get off the ladder and, well, quietly go home...

The insight Mailer had was that when you’ve climbed past a certain point your own momentum suggests that upwards and onwards is the only option, even if that leads to Humpty Dumpty’s fate (OK, Humpty was sitting on a wall, but you get the point... splat, FUBAR, may flights of angels choir thee to thy rest...)

In a peculiar kind of way the ratings agencies have got themselves trapped on Mailer’s moral ladder and the higher they climb the more dangerous it gets for them – and, incidentally, the sillier they look, which is also dangerous for them. If Moody’s, Fitch and Standard & Poor’s had a decent public relations consultant he/she would advise a calm period of low profile, or, in other words, the exact opposite strategy to the headline-chasing frenzy that appears to have gripped all three agencies. It is as if they are desperate to get the message across that hey, they’re not afraid of downgrading anything any more. If it blinks, downgrade it.

Unfortunately, firing out downgrades (a) can’t undo the damage they did to themselves by giving Triple A ratings to rubbish securitized packages of mortgages in 2008, and (b) is becoming a huge distraction from the main game, which is all about finding a way out of what could turn into a Japan-style two-decade-long zombie cycle for advanced economies.

What Europe and the US desperately need as they struggle to find a way out of the morass of faltering economic signals and bad headlines, is for some upward momentum to be allowed to form without that momentum getting bashed on the head at birth by either yet another bout of sovereign debt jitters or yet another ratings downgrade of an advanced economy, or even of yet another set of banks in an advanced economy.

Moody’s downgrade of 12 British banks on October 7th sent bank stocks crashing despite the fact that the downgrade was actually not apropos of anything those banks were doing. Instead, Moody’s argued that the UK government was now less likely to step in to bail out these banks, thus weakening the strength of their covenant with their creditors as it were, and thus justifying a downgrade. There is a logical thread of sorts to this, but it is not the kind of logic that a moderately-competent adult with a grain of common sense would give much credence to.

The appropriate response to the downgrade is, surely, that provided by Alistair Osborne, whose piece in The Telegraph is headlined: “It’s time we ignored Moody’s, Fitch and Standard & Poors.”

Osborne pours scorn on the idea that there was any burning necessity to downgrade the debt of, say, the Cardiff-based Principality Building Society, or the Nottingham Building Society, on the grounds of an increased reluctance by the Coalition Government to bail out non-systemically-important banks. The suspicion is that Moody’s bundled up 12 UK banks purely in order to generate foot-high horror headlines of the “British banks downgraded” variety, the impact of which could be predicted by all and sundry.

Not to be outdone, Fitch and Standard & Poor’s did the same five days later for Spanish banks, getting in quick, one suspects, before Moody’s stole this particular piece of thunder as well. And why stop at banks when you can downgrade countries? Belgium and Italy have just been toasted. The US, of course, has already been done and we’re all waiting for France to feel the boot…

Here’s Osborne on Moody’s decision to give seven UK mutuals “a kicking”:

"[Moody's is] downgrading their debt rating, jacking up their cost of funding and un-nerving their customers. And all because it's somehow worked out that, when push comes to shove, the UK Government is more likely to let Principality go under than, say, HSBC, with its $1.3 trillion (£848bn) of customer accounts.

It is what is popularly termed a statement of the bleedin' obvious. And it's in that light that you should look at Moody's more eye-catching downgrades of Royal Bank of Scotland and Lloyds Banking Group."

Osborne ends by pointing out that it is “bizarre that just three (tarnished) companies still have such a major say in determining the financing costs of governments and corporates”. A lot of people, and a good few of them are to be found strolling the corridors of power, are starting to wonder whether, after all, we actually need ratings agencies any more. Rewrite a few paragraphs in pensions legislation and other bits and bobs of legislative guff designed to protect retail investors by restricting funds to “investment grade debt only” and pouf, the need for officially sanctioned ratings agencies (a dodgy concept from the start) vanishes…

Related: The Return of the Rater

Are ratings agencies brewing up their own destruction or just stirring the pot? is republished with permission from the QFinance Blog.