America’s Full Recovery Is Not Yet Guaranteed: Mohamed El-Erian 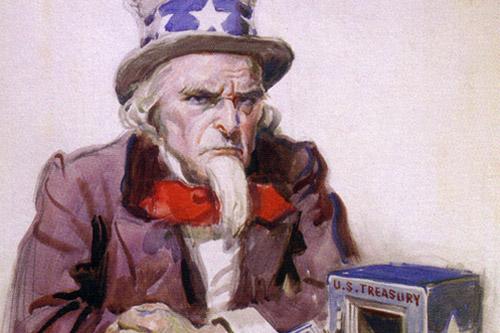 Having reduced the risk of a relapse into recession, the US economy is now able to move on its own power, albeit gingerly. Consequently, the question on most people’s minds today is whether the US economy is ready not just to walk, but also to run and sprint. But the US faces a new problem: that the sense of relief now can – and probably will – be taken too far.

NEWPORT BEACH – The United States has gone through an arduous period of intervention and rehabilitation since the global financial crisis in 2008 sent it to the economic equivalent of the emergency room. It moved from the intensive-care unit to the recovery room and, just recently, was discharged from the hospital. The question now is whether the US economy is ready not just to walk, but also to run and sprint. The answer will powerfully influence global economic prospects.

It is easy to forget how critical things were back in the fourth quarter of 2008 and the first quarter of 2009. Having suffered what economists call a “sudden stop,” many parts of the US economy were imploding or had ceased to function – to extend the medical metaphor, even the most vital organs were threatened.

Economic activity collapsed and unemployment surged. Credit stopped flowing. Banks were on the verge of bankruptcy and nationalization. International trade was disrupted. Income and wealth inequalities worsened. And a general sense of fear and uncertainty inhibited the few healthy parts of the economy from engaging in meaningful hiring, investment, and expansion.

Related: US Economic Statistics and Indicators

Parlous conditions required dramatic measures. And that is what the economy got in the form of unprecedented fiscal stimulus and unthinkable policy activism on the part of the US Federal Reserve.

As they intervened, American policymakers consulted closely with their counterparts around the world, urging them to take supportive steps. And they did, culminating in one of the most successful periods of global policy coordination in history, involving both advanced and emerging economies.

For many, the global economic summit held in London in April 2009 marks the point when the US economy turned the corner. The change was so notable that many policymakers fell into the trap of projecting a quick rebound, especially given America’s prior history of economic dynamism and resilience, only to be humbled by what has proven to be a protracted and complex process of recovery. Even today, that process highlights the scale and scope of the economy’s structural weaknesses.

Having reduced the risk of a relapse into recession, the US economy is able now to move on its own power, though gingerly. The horrific collapse in the labour market has given way to consistent monthly employment gains, albeit less than what is needed for a full recovery. Manufacturing activity has picked up, helped by a surge in exports. The housing sector seems to be finding a tentative bottom (though housing finance remains incoherent). Consumers have better access to credit. And, sensing all of this, companies are beginning to deploy the massive precautionary cash balances that they have accumulated.

With the US still by far the largest economy in the world and the anchor of the international monetary system, its well-being has huge implications everywhere. So, not surprisingly, the US recovery has helped to set a calming and constructive tone – and at a critical juncture, given that Europe is still struggling with a debt crisis on the eurozone periphery, and emerging economies are going through a cyclical slowdown.

Politics is also in play, and in a manner that significantly influences who will lead the world’s superpower after this November’s presidential and congressional elections. The economic improvements already have helped President Barack Obama’s re-election prospects, as has the continuing drama of a drawn-out, divisive, and expensive Republican primary.

The problem is that the sense of relief now can – and probably will – be taken too far. Indeed, today’s good news should not obscure some consequential structural limitations that will require prolonged therapy and caution. After all, the US economy has yet to regain its full strength, is too structurally impaired to sustain any rapid forward movement, and has not yet started to overcome the many distortive side effects of the extreme medicine that it received.

Locking in recovery implies a multi-year program of serious and coordinated reforms that fundamentally improve the way the country educates and trains its citizens, invests in infrastructure and finances other productive outlays and housing, competes in the global economy, and formulates and adheres to a rational budgetary process. Such a program will also require a recovering America to navigate several key challenges in the next few months.

For starters, the economy is not yet in a position to handle the 4-5 percent-of-GDP “fiscal cliff” that is approaching as all of the hard political decisions that were postponed come into view at the end of this year. The prospect of a disorderly fiscal contraction needs to give way to a more rationally designed approach that avoids undermining the fragile recovery. To accomplish that, the political class must avoid the bickering that almost sent America back into recession in 2011, and that raised major questions about the quality of the country’s economic governance.

Oil prices are not helping. Having already surged on account of Iran-related geopolitical concerns, they are altering American consumers’ behaviour, weakening their confidence, aggravating the country’s payments imbalances, and further reducing policymakers’ flexibility.

And then there is Europe, which is yet to overcome decisively its debt and growth problems. Like other countries, the US must continue to strengthen internal firewalls to limit its vulnerability to what is still a complex crisis across the Atlantic.

America’s full recovery is not yet guaranteed. A mix of steadfastness, caution, and good luck is needed for that to happen. And when it does, the country will be in a better position to repay its massive hospital bill.