America’s False Recovery – Why The US Is Not An Oasis Of Prosperity: Stephen Roach 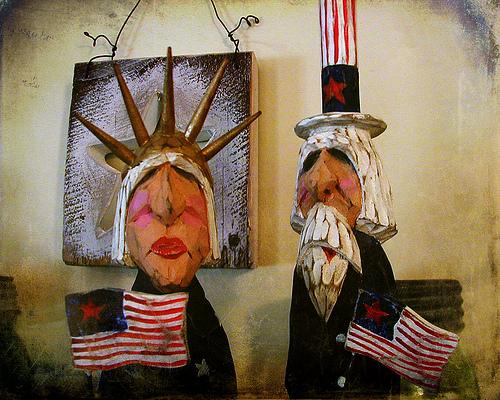 The U.S.’s recovery from the 2008 financial crisis has led to widespread hope that America has the capacity to stay the course and provide a backstop for the rest of the world in the midst of the euro crisis. But a closer analysis of America’s recent economic growth suggests that the economy may be even more vulnerable to foreign crises than before.

NEW HAVEN – In September 1998, during the depths of the Asian financial crisis, Alan Greenspan, the United States Federal Reserve’s chairman at the time, had a simple message: the US is not an oasis of prosperity in an otherwise struggling world. Greenspan’s point is even closer to the mark today than it was back then.

Yes, the US economy has been on a weak recovery trajectory over the past three years. But at least it’s a recovery, claim many – and therefore a source of ongoing resilience in an otherwise struggling developed world. Unlike the Great Recession of 2008-2009, today there is widespread hope that America has the capacity to stay the course and provide a backstop for the rest of the world in the midst of the euro crisis.

Think again. Since the first quarter of 2009, when the US economy was bottoming out after its worst post-war recession, exports have accounted for fully 41 percent of the subsequent rebound.

That’s right: with the American consumer on ice in the aftermath of the biggest consumption binge in history, the US economy has drawn its sustenance disproportionately from foreign markets. With those markets now in trouble, the US could be quick to follow.

Three regions have collectively accounted for 83 percent of America’s export-led growth impetus over the past three years – Asia, Latin America, and Europe. (Since regional and country trade statistics assembled by the US Department of Commerce are not seasonally adjusted, all subsequent comparisons are presented on the basis of a comparable seasonal comparison from the first quarter of 2009 to the first quarter of 2012.)

Not surprisingly, Asia led the way, accounting for 33 percent of the total US export surge over the past three years. The biggest source of this increase came from the 15-percentage-point contribution of Greater China (the People’s Republic, Taiwan, and Hong Kong).  Needless to say, China’s unfolding slowdown – even under the soft-landing scenario that I still believe is most credible – is taking a major toll on the largest source of America’s export revival. The remainder of the Asian-led US export impetus is spread out, led by South Korea, Japan, and Taiwan – all export-led economies themselves and all heavily dependent on a slowing China.

Related: How China Can Rebalance Its Economy: Michael Pettis

Latin America provided the second-largest source of America’s export resurgence, accounting for another 28 percent of the total gains in US foreign sales over the past three years. Brazil and Mexico collectively accounted for 19 percentage points of that increase. Growth in both economies is now slowing significantly, especially in Brazil. But, given the close linkages between Mexican production and US consumption (which is now sputtering again), any resilience in the Mexican economy could be short-lived.

Finally, there is the sad case of Europe, which has accounted for 21 percent of the cumulative growth in US exports over the past three years. Here, the US Commerce Department statistics are not as helpful in pinpointing the source of the impetus, because only a partial country list is published. What we do know is that the United Kingdom, Germany, and France – the so-called core economies – collectively accounted for just 3.5 percent of total US export growth since early 2009, with the UK grabbing the bulk of that increase. That suggests that most of America’s European export gain was concentrated in the region’s so-called peripheral economies. And that is clearly a serious problem.

Forecasts are always hazardous, but some “what-if” scenarios shed considerable light on what all of this means for the world’s largest economy. Since the second quarter of 2009, US annualized real GDP growth has averaged 2.4 percent. With roughly 40 percent of that increase attributable to exports, that means the remainder of the economy has grown at an anemic 1.4 percent pace.

Under a flat-line export scenario, with no rise in US exports, and if everything else remains the same (always a heroic assumption), overall real GDP growth would converge on that 1.4 percent bogey. That is a weak growth trajectory by any standard – likely to result in rising unemployment and further deterioration in consumer confidence.

Alternatively, in a moderate export-downturn scenario, with real exports falling by 5 percent over a four-quarter period, real GDP growth could slip below the 1 percent “stall speed” threshold – leaving the US economy vulnerable to a recessionary relapse. By way of reference, the assumption of a 5 percent export downturn pales in comparison with the precipitous 13.6 percent decline in real exports that occurred in 2008-2009. As such, this “what if” is a cautiously optimistic assessment of the downside risks stemming from weak external demand.

No Innocent Bystanders In The Global Economy

All of this underscores one of the more obvious, yet overlooked, implications of an increasingly interdependent world: we are all in it together. The euro crisis is a serious shock, and is now producing ripple effects around the world. Europe is export-led China’s largest source of external demand; as China goes, so goes the rest of China-centric Asia; and, from there, the ripples reach the shores of an increasingly export-dependent US economy. As recent weakness in employment and retail sales suggests, that may already be happening.

Greenspan’s warning in 1998 came at a time when US exports accounted for only about 10.5 percent of GDP. Today, that share stands at a record-high 14 percent, as post-crisis America has made a big bet on an export-led revival. The current global slowdown is not on a par with what occurred in the late 1990’s or the more wrenching shocks of 3-4 years ago – at least not yet. But today’s global downturn can hardly be dismissed as unimportant for the US or anyone else.

In an era of globalization, there are no innocent bystanders. There are certainly no oases of prosperity in the face of yet another major shock in the global economy. America’s growth mirage is an important case in point.

Stephen S. Roach is the former Chairman of Morgan Stanley Asia and a lecturer at Yale University's School of Management and Jackson Institute for Global Affairs. In 2009, Roach authored “The Next Asia”, which contained key research papers on Asia and how the region fits into the broad global context of the globalization of investing and financial markets around the world.

See also: Why America’s Recovery Will Be Sluggish: Mohamed El-ErianSee also: A Global Perfect Storm – Why The World Faces An Economic Crisis In 2013: Nouriel Roubini