A Global Perfect Storm – Why The World Faces An Economic Crisis In 2013: Nouriel Roubini 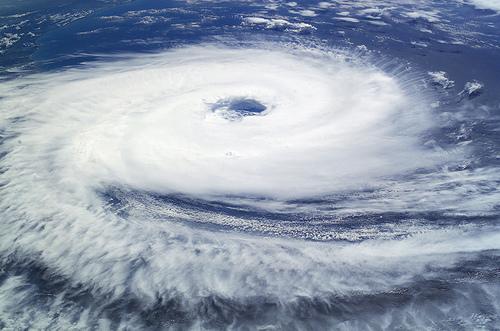 A global perfect storm is brewing. Across the world, dark, lowering financial and economic clouds are now looming over the economy, with the eurozone cloud set to be the largest to burst. Indeed, the global economy in 2013 could be a very difficult environment in which to find shelter.

NEW YORK – Dark, lowering financial and economic clouds are, it seems, rolling in from every direction: the eurozone, the United States, China, and elsewhere. Indeed, the global economy in 2013 could be a very difficult environment in which to find shelter.

For starters, the eurozone crisis is worsening, as the euro remains too strong, front-loaded fiscal austerity deepens recession in many member countries, and a credit crunch in the periphery and high oil prices undermine prospects of recovery. The eurozone banking system is becoming balkanized, as cross-border and interbank credit lines are cut off, and capital flight could turn into a full run on periphery banks if, as is likely, Greece stages a disorderly euro exit in the next few months.

Moreover, fiscal and sovereign-debt strains are becoming worse as interest-rate spreads for Spain and Italy have returned to their unsustainable peak levels. Indeed, the eurozone may require not just an international bailout of banks (as recently in Spain), but also a full sovereign bailout at a time when eurozone and international firewalls are insufficient to the task of backstopping both Spain and Italy. As a result, disorderly breakup of the eurozone remains possible.

Farther to the west, US economic performance is weakening, with first-quarter growth a miserly 1.9 percent – well below potential. And job creation faltered in April and May, so the US may reach stall speed by year-end. Worse, the risk of a double-dip recession next year is rising: even if what looks like a looming US fiscal cliff turns out to be only a smaller source of drag, the likely increase in some taxes and reduction of some transfer payments will reduce growth in disposable income and consumption.

Moreover, political gridlock over fiscal adjustment is likely to persist, regardless of whether Barack Obama or Mitt Romney wins November’s presidential election. Thus, new fights on the debt ceiling, risks of a government shutdown, and rating downgrades could further depress consumer and business confidence, reducing spending and accelerating a flight to safety that would exacerbate the fall in stock markets.

In the east, China, its growth model unsustainable, could be underwater by 2013, as its investment bust continues and reforms intended to boost consumption are too little too late. A new Chinese leadership must accelerate structural reforms to reduce national savings and increase consumption’s share of GDP; but divisions within the leadership about the pace of reform, together with the likelihood of a bumpy political transition, suggest that reform will occur at a pace that simply is not fast enough.

Related: How China Can Rebalance Its Economy: Michael Pettis

The economic slowdown in the US, the eurozone, and China already implies a massive drag on growth in other emerging markets, owing to their trade and financial links with the US and the European Union (that is, no “decoupling” has occurred). At the same time, the lack of structural reforms in emerging markets, together with their move towards greater state capitalism, is hampering growth and will reduce their resiliency.

Finally, long-simmering tensions in the Middle East between Israel and the US on one side and Iran on the other on the issue of nuclear proliferation could reach a boil by 2013. The current negotiations are likely to fail, and even tightened sanctions may not stop Iran from trying to build nuclear weapons. With the US and Israel unwilling to accept containment of a nuclear Iran by deterrence, a military confrontation in 2013 would lead to a massive oil price spike and global recession.

Compared to 2008-2009, when policymakers had ample space to act, monetary and fiscal authorities are running out of policy bullets (or, more cynically, policy rabbits to pull out of their hats). Monetary policy is constrained by the proximity to zero interest rates and repeated rounds of quantitative easing. Indeed, economies and markets no longer face liquidity problems, but rather credit and insolvency crises. Meanwhile, unsustainable budget deficits and public debt in most advanced economies have severely limited the scope for further fiscal stimulus.

Using exchange rates to boost net exports is a zero-sum game at a time when private and public deleveraging is suppressing domestic demand in countries that are running current-account deficits and structural issues are having the same effect in surplus countries. After all, a weaker currency and better trade balance in some countries necessarily implies a stronger currency and a weaker trade balance in others.

Meanwhile, the ability to backstop, ring-fence, and bail out banks and other financial institutions is constrained by politics and near-insolvent sovereigns’ inability to absorb additional losses from their banking systems. As a result, sovereign risk is now becoming banking risk. Indeed, sovereigns are dumping a larger fraction of their public debt onto banks’ balance sheet, especially in the eurozone.

To prevent a disorderly outcome in the eurozone, today’s fiscal austerity should be much more gradual, a growth compact should complement the EU’s new fiscal compact, and a fiscal union with debt mutualization (Eurobonds) should be implemented.  In addition, a full banking union, starting with eurozone-wide deposit insurance, should be initiated, and moves toward greater political integration must be considered, even as Greece leaves the eurozone.

Unfortunately, Germany resists all of these key policy measures, as it is fixated on the credit risk to which its taxpayers would be exposed with greater economic, fiscal, and banking integration. As a result, the probability of a eurozone disaster is rising.

And, while the cloud over the eurozone may be the largest to burst, it is not the only one threatening the global economy. Batten down the hatches.

See also: The 4 Biggest Downside Risks To The Global Economy: Nouriel RoubiniSee also: Think 2011 Was Bad? 2012 Will Be Even Worse: Joseph Stiglitz