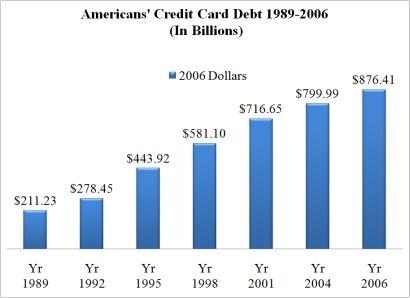 In the US, consumers and households are dangerously in debt. Even after the catastrophic financial crisis in 2008, it seems in 2010 lessons from past mistakes have not been learned and taken on board. The Federal Reserve is looking at $2.4 trillion in unsecured debt. And the numbers just keep rising.

Eighty-eight million accounts and credit lines representing $751 billion in credit have been closed since September 2008.

2.     Thirty-three percent of that debt is revolving debt (such as credit card debt), the other 67 percent comes from loans (such as car loans, student loans, mortgages and the like).

6.     The average consumer carries 4 credit cards. While the average household carries $6,500 of debt.

9.     Roughly 2 – 2.5 million Americans seek the help of a credit counselor each year to avoid bankruptcy.

Why so much debt?

Late payments on credit card bills are closely linked to unemployment levels. Which in the US, have yet to recover to conducive levels since the financial crisis in 2008. Thirty percent of middle income households in debt also reported medical expenses as the main reason for unpaid balances.

However, the Federal Reserve Bank says:

40 percent of households simply spend more than they earn.

Get budgeting and debt advice on EconomyWatch. 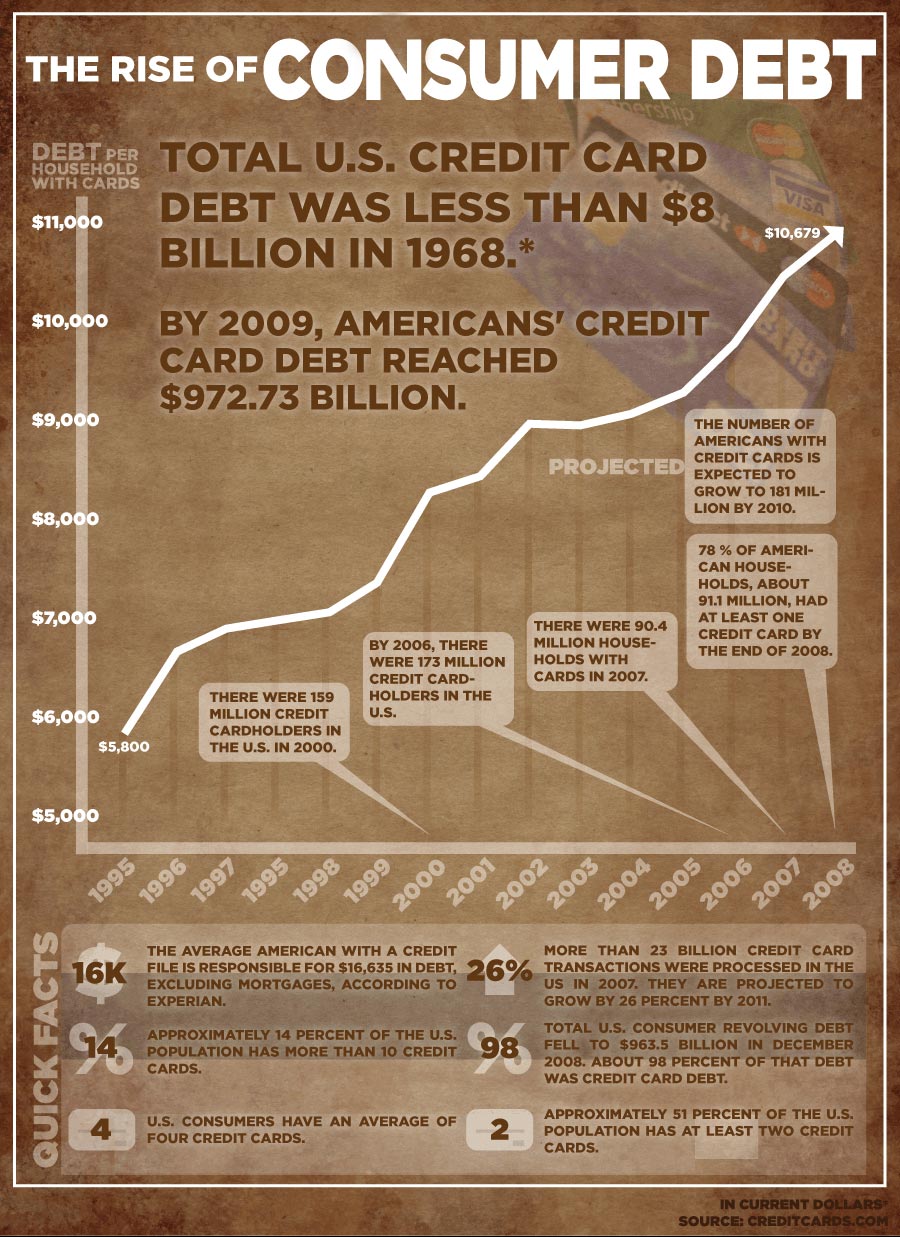