A Decade of Hurt – The Economic Legacy of 9/11: Joseph Stiglitz 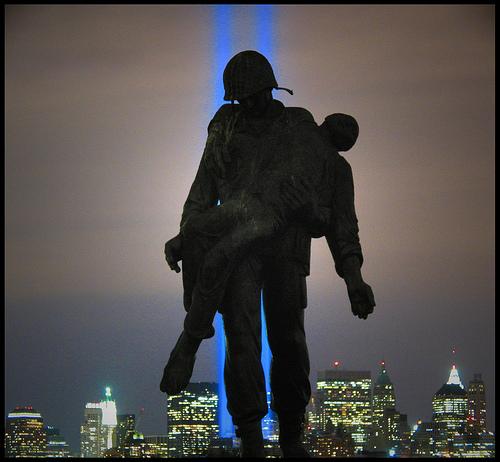 The events of September 11 2001 forever altered the course of human history. Till today, Americans continue to bear the bulk of the cost for the tragedy – both economically and socially. However in the aftermath of 9/11, it has been disheartening to note that a large portion of the cost could have been avoided.

NEW YORK – The September 11, 2001, terror attacks by Al Qaeda were meant to harm the United States, and they did, but in ways that Osama bin Laden probably never imagined. President George W. Bush’s response to the attacks compromised America’s basic principles, undermined its economy, and weakened its security.

The attack on Afghanistan that followed the 9/11 attacks was understandable, but the subsequent invasion of Iraq was entirely unconnected to Al Qaeda – as much as Bush tried to establish a link. That war of choice quickly became very expensive – orders of magnitude beyond the $60 billion claimed at the beginning – as colossal incompetence met dishonest misrepresentation.

Related: US Military Spending: For War or Peace?

Indeed, when Linda Bilmes and I calculated America’s war costs three years ago, the conservative tally was $3-5 trillion. Since then, the costs have mounted further. With almost 50 percent of returning troops eligible to receive some level of disability payment, and more than 600,000 treated so far in veterans’ medical facilities, we now estimate that future disability payments and health-care costs will total $600-900 billion. But the social costs, reflected in veteran suicides (which have topped 18 per day in recent years) and family breakups, are incalculable.

Even if Bush could be forgiven for taking America, and much of the rest of the world, to war on false pretenses, and for misrepresenting the cost of the venture, there is no excuse for how he chose to finance it. His was the first war in history paid for entirely on credit. As America went into battle, with deficits already soaring from his 2001 tax cut, Bush decided to plunge ahead with yet another round of tax “relief” for the wealthy.

Today, America is focused on unemployment and the deficit. Both threats to America’s future can, in no small measure, be traced to the wars in Afghanistan and Iraq. Increased defense spending, together with the Bush tax cuts, is a key reason why America went from a fiscal surplus of 2 percent of GDP when Bush was elected to its parlous deficit and debt position today. Direct government spending on those wars so far amounts to roughly $2 trillion – $17,000 for every US household – with bills yet to be received increasing this amount by more than 50 percent.

Moreover, as Bilmes and I argued in our book The Three Trillion Dollar War, the wars contributed to America’s macroeconomic weaknesses, which exacerbated its deficits and debt burden. Then, as now, disruption in the Middle East led to higher oil prices, forcing Americans to spend money on oil imports that they otherwise could have spent buying goods produced in the US.

But then the US Federal Reserve hid these weaknesses by engineering a housing bubble that led to a consumption boom. It will take years to overcome the excessive indebtedness and real-estate overhang that resulted.

Ironically, the wars have undermined America’s (and the world’s) security, again in ways that Bin Laden could not have imagined. An unpopular war would have made military recruitment difficult in any circumstances. But, as Bush tried to deceive America about the wars’ costs, he underfunded the troops, refusing even basic expenditures – say, for armored and mine-resistant vehicles needed to protect American lives, or for adequate health care for returning veterans. A US court recently ruled that veterans’ rights have been violated. (Remarkably, the Obama administration claims that veterans’ right to appeal to the courts should be restricted!)

Military overreach has predictably led to nervousness about using military power, and others’ knowledge of this threatens to weaken America’s security as well. But America’s real strength, more than its military and economic power, is its “soft power,” its moral authority. And this, too, was weakened: as the US violated basic human rights like habeas corpus and the right not to be tortured, its longstanding commitment to international law was called into question.

In Afghanistan and Iraq, the US and its allies knew that long-term victory required winning hearts and minds. But mistakes in the early years of those wars complicated that already-difficult battle. The wars’ collateral damage has been massive: by some accounts, more than a million Iraqis have died, directly or indirectly, because of the war. According to some studies, at least 137,000 civilians have died violently in Afghanistan and Iraq in the last ten years; among Iraqis alone, there are 1.8 million refugees and 1.7 million internally displaced people.

Related: Afghanistan is Broke, US Drowning in Debt – So What About a War Ceiling?

Related: Cost of the Iraq War: Iraq has the 'Worst of All Worlds'

Not all of the consequences were disastrous. The deficits to which America’s debt-funded wars contributed so mightily are now forcing the US to face the reality of budget constraints. America’s military spending still nearly equals that of the rest of the world combined, two decades after the end of the Cold War. Some of the increased expenditures went to the costly wars in Iraq and Afghanistan and the broader Global War on Terrorism, but much of it was wasted on weapons that don’t work against enemies that don’t exist. Now, at last, those resources are likely to be redeployed, and the US will likely get more security by paying less.

Al Qaeda, while not conquered, no longer appears to be the threat that loomed so large in the wake of the 9/11 attacks. But the price paid in getting to this point, in the US and elsewhere, has been enormous – and mostly avoidable. The legacy will be with us for a long time. It pays to think before acting.