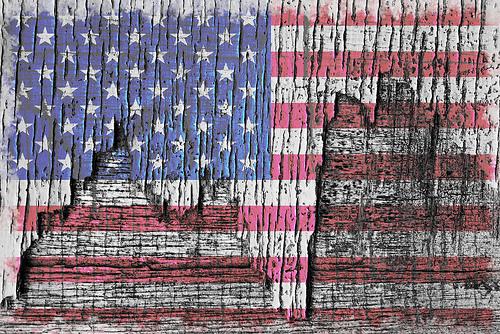 America has now suffered around 30 shooting massacres over the past 30 years, including this year’s deadly dozen; each a gut-wrenching tragedy for many families. Today, America’s real freedoms depend on sane public policy and the bloodbath in Newtown is the latest reminder that it is time to stop feeding the US’ gun frenzy.

NEW YORK – The brutal murder of 20 children and seven adults in Newtown, Connecticut, shakes us to the core as individuals and requires a response as citizens. The United States seems to reel from one mass gun killing to another – roughly one a month this year alone. Easy access to guns in the US leads to horrific murder rates relative to other highly educated and wealthy societies. America needs to find a better way.

Other countries have done so. Between the mid-1970’s and the mid-1990’s, Australia had several mass shootings. After a particularly horrible massacre in 1996, a new prime minister, John Howard, declared that enough was enough. He instituted a severe crackdown on gun ownership, and forced would-be gun owners to submit to a rigorous application process, and to document why they would need a gun.

Conditions for gun ownership in Australia are now very strict, and the registration and approval process can take a year or more. Howard’s government also implemented a rigorous “buyback” policy, to enable the government to purchase guns already owned by the public.

The policy worked. While violent crime has not ended in Australia, murders are down, and, even more dramatically, there has not been a single mass shooting since 1996 in which three or more people died (the definition used in many studies of mass shootings). Before the crackdown, there had been 13 such massacres in 18 years.

Yet the US still refuses to act, even after this year’s string of shocking incidents: the massacre in a movie theatre in Colorado, an attack on a Sikh community in Milwaukee, another on a shopping mall in Oregon, and many more before the ruthless slaughter of first graders and school staff in Newtown. The gun lobby in the US remains powerful, and politicians are afraid to counter it. Given the shooting of then-Congresswoman Gabrielle Giffords in 2011, perhaps they even fear that they, too, might be targeted.

There can be little doubt that some societies are more steeped in violence than others, even controlling for obvious factors like income levels and education. The US homicide rate is roughly four times that of comparable societies in Western Europe, and Latin America’s homicide rates are even higher than in the US (and dramatically higher than Asian countries at roughly the same income level). What accounts for staggeringly high rates in the US and Latin America?

American violence is rooted in history. The US and Latin American countries are all “conquest” societies, in which Europeans ruled over multi-racial societies. In many of these countries, including the US, the European conquerors and their descendants nearly wiped out the indigenous populations, partly through disease, but also through war, starvation, death marches, and forced labor.

In the US and many Latin American countries, slaveholding fueled mass violence as well. The slaves – and generations of their descendants – were routinely murdered.

The US also developed a particular populist belief that gun ownership constitutes a vital protection against government tyranny. The US was born in a citizens’ revolt against British imperial power. The right of citizens to organize militias to fight government tyranny was therefore a founding idea of the new country, enshrined in the Second Amendment to the US Constitution, which declares that, because a country needs a well-regulated militia, the people have the right to bear arms.

Since citizens’ militias are anachronistic, gun owners now use the second amendment merely to defend individual gun ownership, as if that somehow offers protection against tyranny. A reckless, right-wing Supreme Court has agreed with them. As a result, gun ownership has become perversely linked to freedom in the vast gun-owning American sub-culture.

But, instead of protection of freedom, Americans nowadays are getting massive bloodshed and fear. The claim that gun ownership ensures freedom is especially absurd, given that most of the world’s vibrant democracies have long since cracked down on private gun ownership. No tyrant has risen in Australia since Howard’s gun-control reforms.

Simply put, freedom in the twenty-first century does not depend on unregulated gun ownership. Indeed, America’s gun culture is a threat to freedom, after the murder of a president, senator, and other public leaders, and countless assassination attempts against public officials over recent decades.

Yet US gun culture remains as pervasive as it is unrecorded. America reels from one shooting disaster to the next, and on nearly every occasion, politicians dutifully declare their continued devotion to unregulated gun ownership. Indeed, no one even knows how many guns Americans hold. The number is estimated to be around 270 million, or almost one per person on average. According to one recent poll, 47 percent of households have a gun at home.

The shooting in Newtown was not only especially horrific and heartbreaking, but is also part of an increasingly common pattern – a specific kind of murder-suicide that has been carefully studied by psychologists and psychiatrists. Loners, often with paranoid tendencies, commit these heinous acts as part of their own suicide. They use carefully planned and staged mass murders of innocents in order to take revenge on society and to glorify themselves as they take their own lives.

The perpetrators are not hardened criminals; many have no previous criminal record. They are pathetic, deranged, and often have struggled with mental instability for much of their lives. They need help – and society needs to keep guns out of their reach.

America has now suffered around 30 shooting massacres over the past 30 years, including this year’s deadly dozen; each is a gut-wrenching tragedy for many families. And yet, each time, gun owners scream that freedom will be eliminated if they are unable to buy assault weapons and 100-round clips.

The bloodbath in Newtown is the time to stop feeding this gun frenzy. Australia and other countries provide models of how to do it: regulate and limit gun ownership to approved uses. America’s real freedoms depend on sane public policy.