Will 2013 Mark The Start Of A New, More Dangerous Currency War?: Mohamed El-Erian 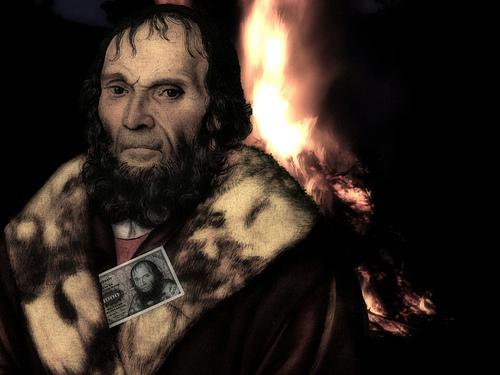 Unlike the old days, the threat of a looming currency war will not be directly related to trade imbalances and balance-of-payments crises. Rather, the main driver has been major central banks’ pursuit of experimental measures – in order to compensate for policy inadequacies and political dysfunction elsewhere.

NEWPORT BEACH – Not many countries nowadays seek a strong exchange rate; a few, including systemically important ones, are already actively weakening their currencies. Yet, because an exchange rate is a relative price, all currencies cannot weaken simultaneously. How the world resolves this basic inconsistency over the next few years will have a major impact on prospects for growth, employment, income distribution, and the functioning of the global economy.

Japan is the latest country to say enough is enough. Having seen its currency appreciate dramatically in recent years, Prime Minister Shinzo Abe’s new government is taking steps to alter the country’s exchange-rate dynamic – and is succeeding. In just over two months, the yen has weakened by more than 10 percent against the dollar and close to 20 percent against the euro.

European leaders have already expressed reservations about Japan’s moves. The US auto industry is up in arms. And, a few days ago, Jens Weidmann, the president of the Bundesbank, publicly warned that the world risks a harmful and ultimately futile round of competitive exchange-rate depreciations – or, more bluntly, a “currency war” (a term used previously by Brazil to express similar concerns).

Related: The Return Of Abenomics: A New, Old Hope For Japan’s Economy?

Of course, Japan is not the first country to go down this path. Several advanced and emerging economies preceded it, and I suspect that quite a few will follow it.

It is just over a year since Switzerland surprised many when it announced, and strictly implemented, a threshold beyond which its currency would not be allowed to appreciate against the euro. And, remember, the country’s operating model for centuries has been to provide a safe haven for foreign capital.

One need not be an economist to figure out that, while all currencies can (and do) depreciate against something else (like gold, land, and other real assets), by definition they cannot all weaken against each other. In order for some currencies to depreciate, others must appreciate. Here is where things get interesting, complex, and potentially dangerous.

In today’s world, no significant group of countries is looking for currency strength. Some resist appreciation actively and openly; others do so in a less visible manner. Only the eurozone seems to accept being on the receiving end of other countries’ actions.

None of this is unprecedented, and there is a lot of scholarship demonstrating why such beggar-thy-neighbor approaches result in bad collective outcomes. Indeed, multilateral agreements are in place to minimize this risk, including at the International Monetary Fund and the World Trade Organization.

Yet, when push comes to shove, country after country is being dragged into abetting a potentially harmful outcome for the global economy as a whole. Worse, this process has not yet registered seriously on the multilateral policy agenda.

There are many reasons for this, ranging from the rather debilitated state of multilateral governance to the urgency of domestic issues currently commanding national policymakers’ attention. But there is also something else at work: The causes of today’s predicament are difficult to comprehend and counter effectively.

Unlike the old days, the threat of currency wars is not directly related to trade imbalances and balance-of-payments crises. Rather, an important driver is major central banks’ pursuit of experimental measures in order to compensate for policy inadequacies and political dysfunction elsewhere.

If the world is to avoid serious harm, it is important to understand the dynamics at work. A simplified description runs as follows: Facing low growth and high unemployment, and with other policymakers stuck on the sideline, a central bank like the US Federal Reserve feels that it has no choice but to adopt a highly accommodating monetary policy. As policy interest rates are already floored at zero, it is compelled to venture ever deeper into the uncharted realm of “unconventional policies.”

The aim, as Fed Chairman Ben Bernanke said again in December, is to “push” investors to take more risk. Specifically, it is hoped that an artificial surge in asset prices will make people feel richer and more optimistic, thus triggering “wealth effects” and “animal spirits” that stimulate consumption and investment spending, bolster job creation, and, in the process, “validate” the artificial asset pricing.

In practice, the strategy has proved not to be so straightforward. Moreover, part of the liquidity that the Fed injects finds its way into other countries’ financial markets. Witness the surge in capital flows to emerging markets as investors chase higher financial returns. Complicating matters even more, these inflows have become less and less connected to the recipient countries’ economic and financial fundamentals.

Many investors also feel the need to balance increasingly speculative investments (“satellite positioning”) with much safer investments (“core positioning”). To meet the latter objective, they turn to prudently managed countries, placing upward pressure on their currencies, too – and, again, beyond what would be warranted by domestic fundamentals.

It is no wonder that more and more governments are worried about exchange-rate appreciation. In addition to short-term policy headaches, stronger currencies carry potentially significant costs in terms of hollowing out industrial and service sectors. So, after a varying mix of tolerance and “heterodox” responses, officials are pulled into loosening their own monetary policy in order to weaken their countries’ currencies or, at a minimum, limit the pace of appreciation.

Related: Capital Controls & Currency Wars: Will The G-20 Get It Right?

This period of expanding policy inconsistencies could prove to be temporary and reversible if central banks succeed in jolting economies out of their malaise, and if countries come to recognize that greater cross-border policy coordination is urgently needed.

The risk is that the phenomenon leads to widespread disruptions, as increasingly difficult national policy challenges stoke regional tensions and the multilateral system proves unable to reconcile imbalances safely. If policymakers are not careful – and lucky – the magnitude of this risk will increase significantly in the years ahead.